Autoblog may receive a share from purchases made via links on this page. Pricing and availability are subject to change. No donation or payment necessary to enter or win this sweepstakes. See official rules on Omaze.

Whether you like it or not, there will come a day when most, if not all of us, will be driving electric cars. For some of us, that day can’t come soon enough, so we’ve put together a list of our favorite EV giveaways so you can save some green while being green. 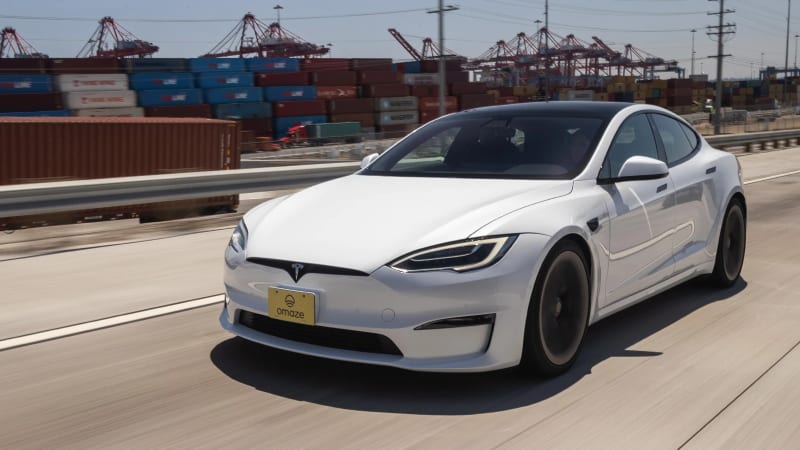 There are a few records that I am astonished to have seen broken in my lifetime. The sub two-hour marathon, the two-hour climbing speed record of El Capitan in Yosemite and now, a production car going 0-60 miles per hour in 1.98 seconds. That’s exactly what the Tesla Model S Plaid did (well, at least when in some very precise, Tesla-mandated conditions), making it the fastest production car ever and the first to go sub 2 seconds for a 0-60. A car that is quicker than a Porsche 918 Spyder has got to cost a pretty penny though, right? Sure, but if you win this one from Omaze you won’t have to worry about that. And it comes with taxes and fees covered as well.

The specs of the Model S Plaid are nearly as ludicrous as its speed. 1,020 horsepower and top speed of 200 miles per hour in a car that isn’t a supercar, but rather a five-seat family hauler that gets 390 miles of total range. Sure, the Rimac Nevera can beat it in a quarter-mile, unofficially, but at 19 times the cost of this less-than-$150,000 Tesla. Other features of this Tesla Model S Plaid, according to Omaze, include, the 17-inch central display; new yoke-style steering  device; 21-inch wheels; panoramic glass roof; in-car gaming from any seat; a 22-speaker audio system with active noise canceling; and wireless and USB-C smartphone charging. 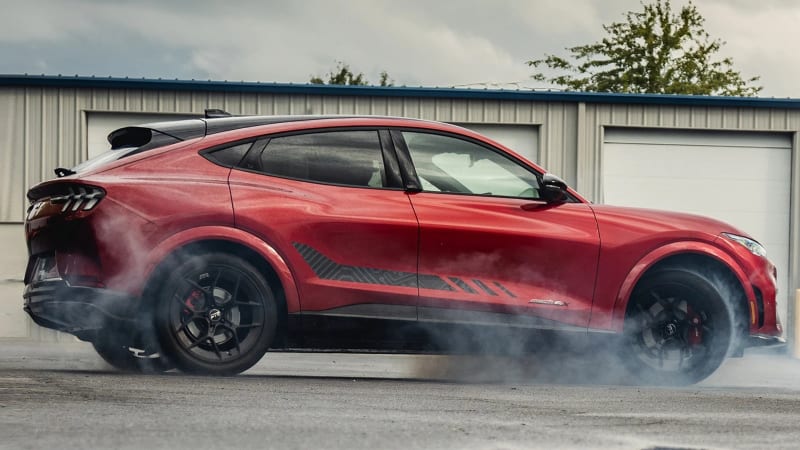 Regardless of what you think about Ford using the name Mustang for an electric crossover, one thing is for certain, the Mustang Mach-E GT is an impressive piece of machinery. Here are some numbers for you: 480 horsepower, 634 lb-ft of torque, 0-60 in 3.5 seconds and 260 miles of range. Price? Well, that’s really up to you, because if you enter to win this Mach-E GT. it can be as low as $0.

Here are the specs of the Mach-E in question, according to Omaze: