Autoblog may receive a share from purchases made via links on this page. Pricing and availability are subject to change. No donation or payment necessary to enter or win this sweepstakes. See official rules on Omaze.

The leaves have fallen, there is a crispness to the air and there have already been multiple forecasts of snow, which can only mean one thing: We’re coming up on Christmas. While you’ve been busy thinking about what kind of gifts you’re going to give your loved ones, we here at Autoblog have been deciding which dream car we’d like to see in our driveway on Christmas morning. A car for Christmas does seem a bit extreme and expensive, but thanks to these Omaze sweepstakes, it doesn’t have to break the bank. Here are the current sweepstakes we’d like to win this holiday season. 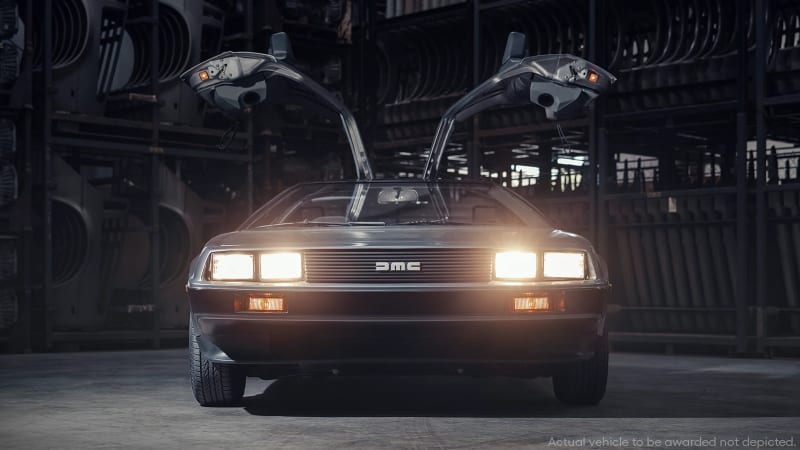 James Riswick, West Coast Editor: Let me be clear, the DeLorean is a pretty terrible car. Its speedometer doesn’t even go up to the fabled 88 mph. Seriously, look at the pictures: tops out at 85. Also, who services a DeLorean? And how much would it cost to maintain one? $AlloftheMoney or just $MostoftheMoney? So owning it could be a total headache, but at least by winning one through Omaze, you’d be relieved of the financial burden of buying one in the first place. You’d also get the chance to own one of the most iconic cars of all time, one that transcends car enthusiasm and is instantly recognizable by everyone as the “Back to the Future” car. Plus, “everyone” doesn’t know that the DeLorean was actually a pretty terrible car. So, I already own James Bond’s car from 1995, why not Doc Brown’s from 1985? 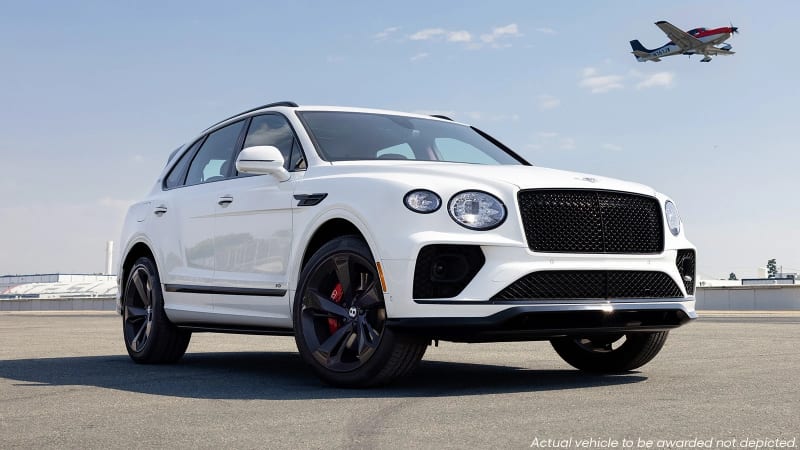 Eddie Sabatini, Production Manager: Why am I choosing a +$200K Bentley SUV? Because even if I could afford one I’d never be able to wrap my head around spending money on one. So why not try to win one by donating what I can afford to a good cause? I first saw the Bentley Bentayga up close and personal at the Frankfurt Motor Show (I forget which year but I’ll never forget this SUV). And although it looks like the Bentayga Omaze is offering up doesn’t have the opulent tailgate setup I fell in love with when I saw it in Frankfurt, I’d still enter to win. 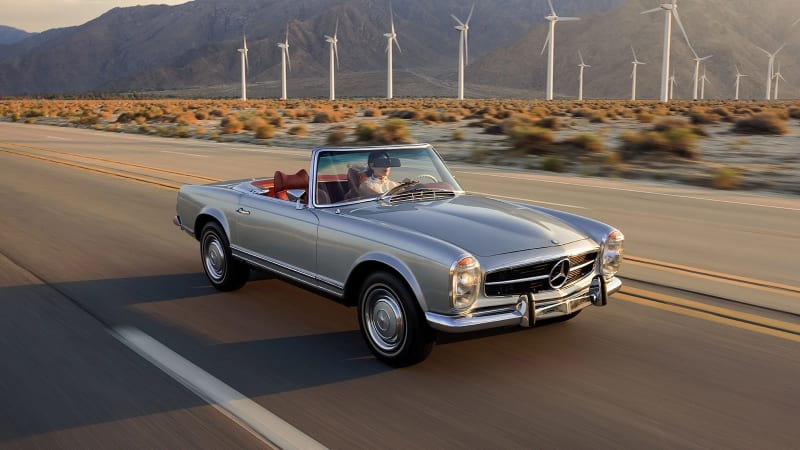 Byron Hurd, Editor: Few automotive marketing efforts stick out in my head more than the Mercedes-Benz holiday spots and magazine placements. Santa in the red car, reindeer in silver, right? I’ve also always been a fan of the W113 SL. It doesn’t get much more timeless than that, so this one ticks both my boxes and the included “Pagoda” hard top is a nice plus. This is also just a clean, well-restored car without anything to prove. I respect that. 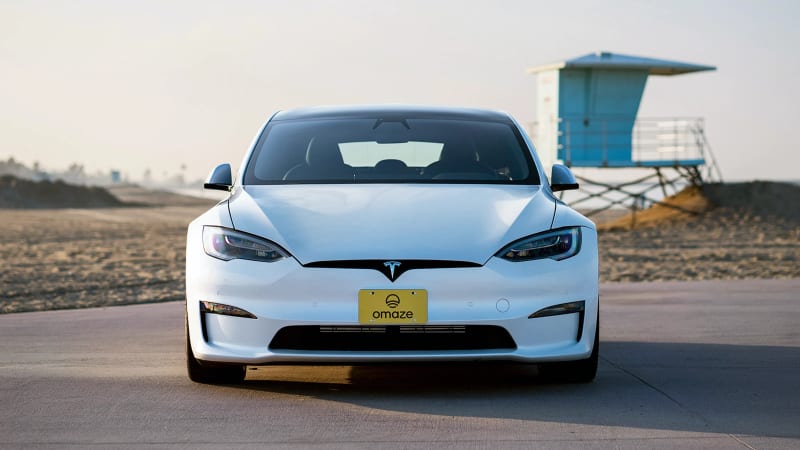 Erik Maier, Multimedia Producer: There’s definitely no shortage of great cars to win from Omaze for the rest of the year, but if I was lucky enough to win one myself, I’d hope it would be the Tesla Model S. If you can look past Elon’s never-ending billionaire shenanigans, it’s pretty undeniable that Tesla makes some truly great electric cars. This Model S Plaid can get 400 miles on a single charge, more than I’d likely ever use, and it’ll rocket from 0 to 60 mph in just a hair under 2 seconds, a feature I would also likely barely use, but it would sure be a fun, occasional party trick. I will admit, I’m pretty baffled on the steering wheel design choice for this one, but I’m pretty sure it’s something I could easily get used to in a $100,000+ car that I just won for the low, low price of free. 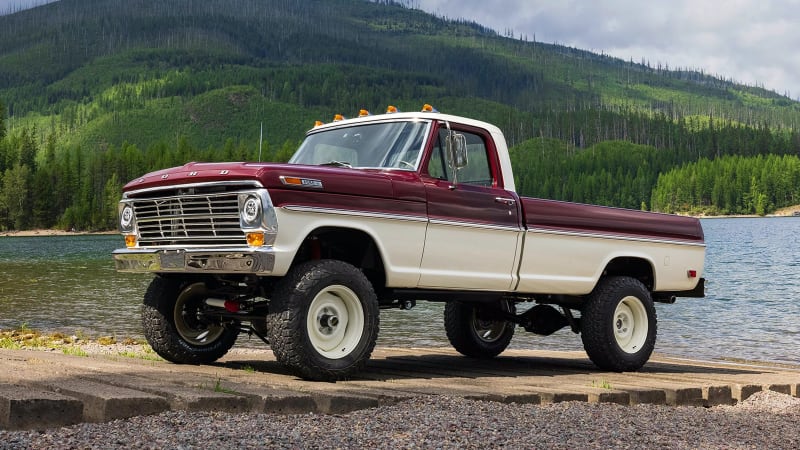 Greg Migliore, Editor-in-Chief: I would go with the custom 1969 Ford F-100. This example is a nice blend of modern power — the Coyote V8 is under the hood — and old-school charm. The two-tone paint and the distressed whiskey-colored seats really set the era. There’s plenty of new features, like LED lights and even some hot-rodding touches, like the Borla exhaust. Older Ford trucks are finally getting some mainstream attention, as evidenced by the ’78 Eluminator concept from SEMA, and it’s deserved. This one benefits Kevin Bacon’s charity, and I randomly just watched the 1992 Aaron Sorkin film “A Few Good Men,” in which Bacon, Demi Moore, Tom Cruise, Jack Nicholson and seemingly every other actor from the 1990s and 2000s appears. 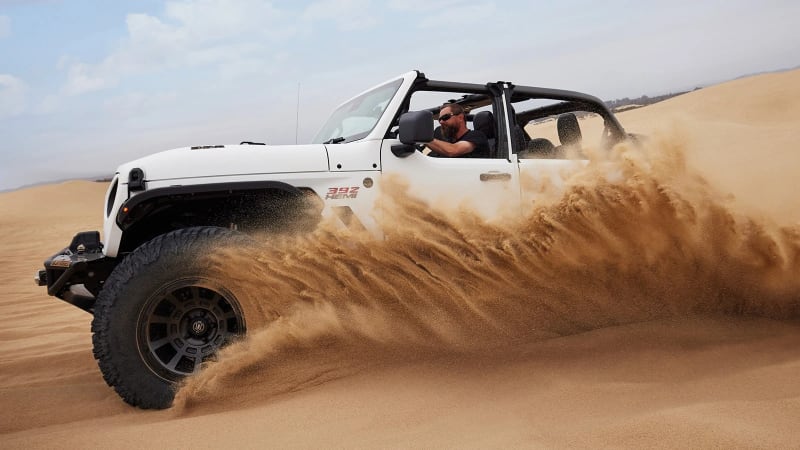 Zac Palmer, Road Test Editor: I’d normally choose a sports car of sorts for this type of thing, but my time in a Wrangler 392 was genuinely some of the most fun I’ve had in any vehicle. It is so brazenly ridiculous and outrageous. You quickly stop caring about why it doesn’t make any sense, because you’re simply having that much fun making obnoxious V8 noises and accelerating way quicker than any vehicle like this one should be able to. The holidays are (hopefully) about joy and laughter, and the Wrangler 392 will spread both of those in spades. 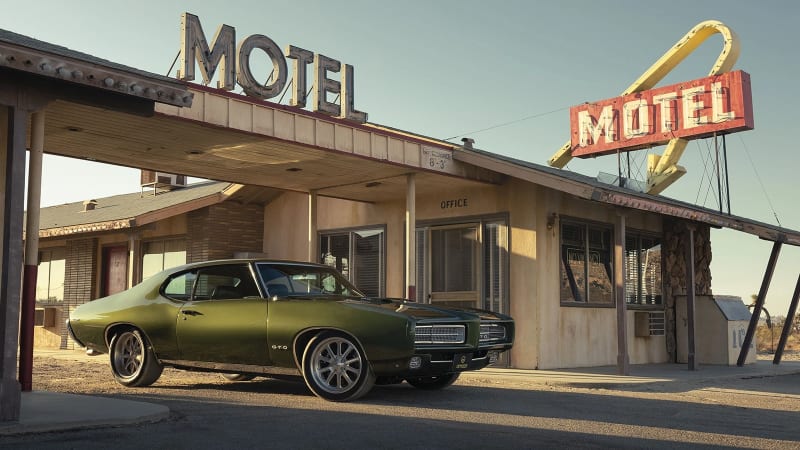 Joel Stocksdale, News Editor: There are an awful lot of ways to build a restomod. And a lot of those ways can be boring or tasteless. This one is neither. This is a seriously classy Pontiac GTO. Under the hood is a 461 cu. in. V8 from Butler Performance that’s based on an actual Pontiac V8, not just another Chevy engine. The whole thing is subtle with a low-key metallic green and clean gray wheels. There isn’t any overly flashy chrome or decals. And the interior is the same with just an upgraded steering wheel, shifter and pedals in an otherwise stock cabin. Oh, and it has a manual. This is a slick muscle car that you’ll love driving and showing off. 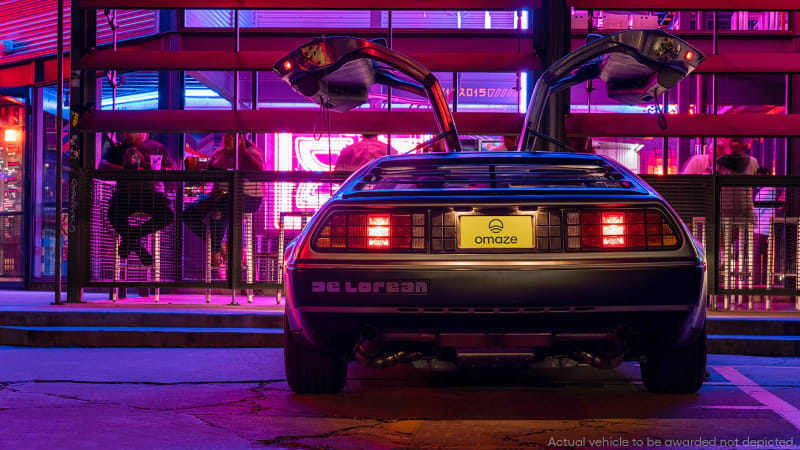 Jeremy Korzeniewski, Consumer Editor: As a child of the ’80s, there are few cars with the sheer cultural impact on my own personal psyche that approach that of the DeLorean DMC-12. I will always stop what I’m doing to look at one, and on the rare occasions when one passes me on the street, I consider my day officially made. Now, I’ll be the first to admit that the DeLorean isn’t a particularly good vehicle. It’s not very powerful, it doesn’t handle like a sports car, and it’s never going to appreciate into the stratosphere like some other ’80s machinery may. I don’t care. I’d love to park this stainless wonder in my garage and take it out on sunny days to bask in the glory of my childhood memories. 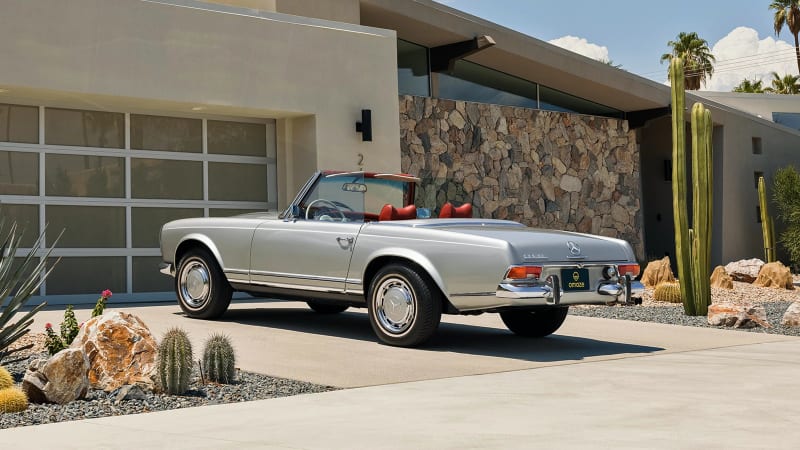 Amr Sayour, Producer: I want to win the 1968 Mercedes-Benz 280SL Pagoda, and you may ask yourself why would I pick this vehicle over the Tesla Model S or the Wrangler Rubicon 392. Well, reader, to be completely honest it’s the classic look. I have seen thousands upon thousands of new models on the streets but nothing will make me do a double take like a classic in a sea of new cars. This two-seater is a vintage Mercedes in a stunning silver equipped with a four-speed automatic and a 2.8-liter inline six-cylinder engine, making 168 hp and 193 lb-ft of torque. The red interior screams classic with a holiday vibe. Forget your Christmas sleigh, this is the two-seater I want this season.

The best part? All of these donations benefit different charities, so head on over to Omaze to see which sweepstakes you’d like to win.