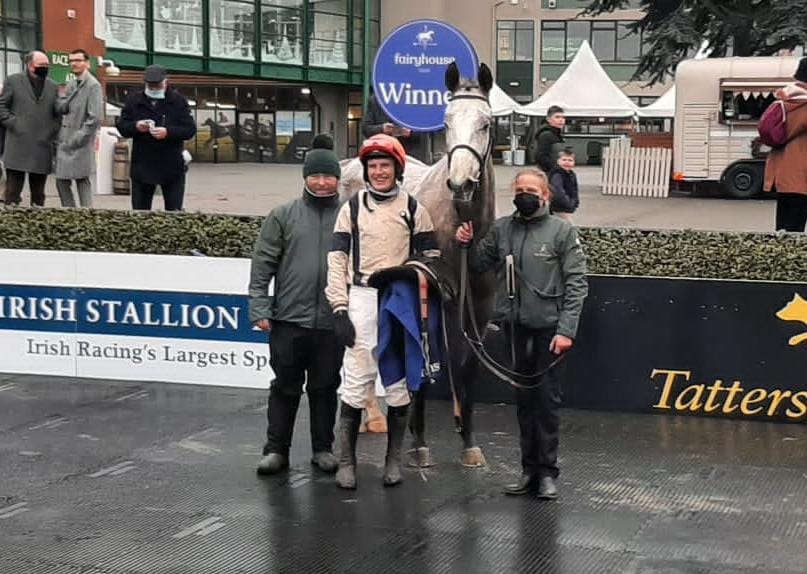 Paul Townend enjoyed a dream first day back in the saddle at Fairyhouse when winning on all three of his mounts.

Townend had been out of action since dislocating his shoulder in a fall at Listowel in September.

He had hoped to be back last weekend for a host of Willie Mullins-trained big guns but gave himself an extra week just to be on the safe side.

Blue Lord, who would have been second in the Supreme Novices’ Hurdle at last season’s Cheltenham Festival but for falling at the last when well clear of the eventual runner-up, had clearly done plenty of schooling at home.

He barely put a foot wrong on his way to winning, seeing off stablemate El Barra by five and a half lengths.

“It’s nice to be back and especially on the likes of him,” said Townend.

“He was very straightforward and he loves a fence. He’s matured a lot both physically and mentally.

“He did very well during the summer and he’s looking for the next fence to take it on.”

In the very next race Townend and Mullins doubled up when Stattler (5-4 favourite) also made a very impressive fencing debut in the Fairyhouse Supporting Irishinjuredjockeys.com Beginners Chase.

A classy staying novice hurdler last year, he finished in the first four in a trio of Grade Ones, the six-year-old looked a natural over the bigger obstacles.

Townend gave him a confident ride and had no trouble in picking off stablemate Fighter Allen on the run to the last, winning by six lengths.

“He’s similar to the first fella in that he loves jumping fences. He’s matured as well and they have both made the transition really well,” said Townend.

“He showed a turn of foot from the back of the second last up to the line that surprised me a bit. He picked up Fighter Allen nicely.

“It’s a perfect start for him and you would imagine he will make into a staying chaser. It was an ideal trip to start him over.”

It’s been a long and painful recovery

Betfair cut the winner to 9-2 from 7-1 for the National Hunt Novices’ Chase at Cheltenham in March.

Regarding his long absence from the saddle Townend admitted he had found it hard being on the sidelines for so long.

“It’s been a long and painful recovery and I’ve just been taking it day by day and listening to the professionals as to when I could come back riding,” he said.

Hi Ho Phoenix had been placed in three bumpers without managing to win but oozed class in taking the Fairyhouse 2022 Annual Pass Maiden Hurdle.

On completing his treble Townend said: “It was a lovely day to come back with no big pressure rides and three good chances. It couldn’t have gone any better.

“I think jumping has improved this horse so much. He really enjoyed it and will jump a fence in time.

“He was improving in all his bumper runs and I think he will keep improving.”