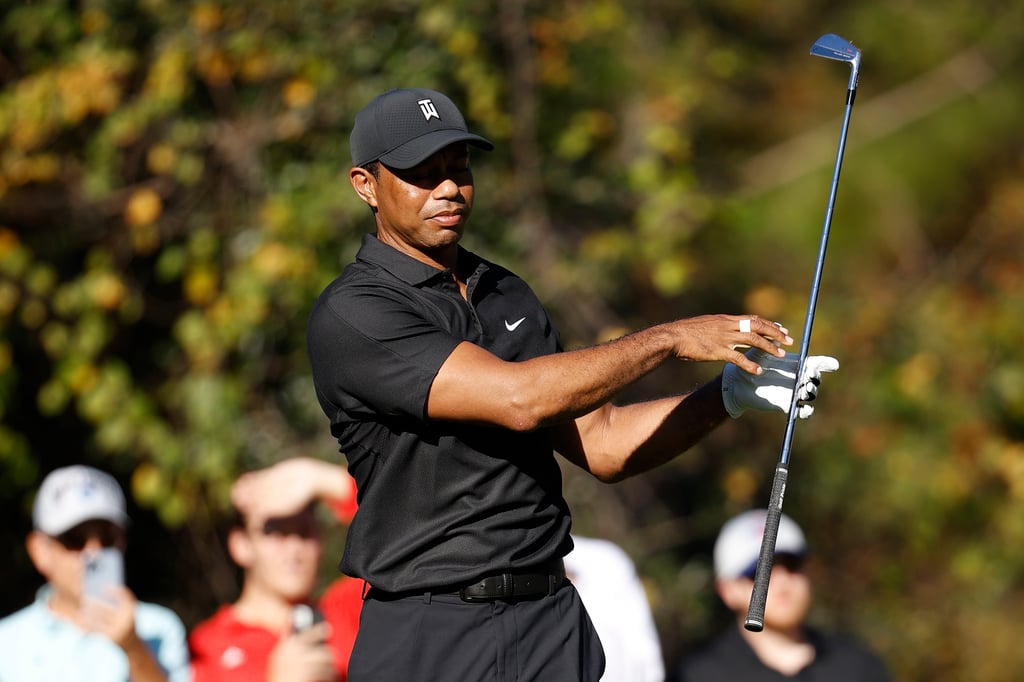 Tiger Woods has played down expectations ahead of his return to competitive golf this weekend.

Woods is partnering 12-year-old son Charlie at the PNC Championship, 10 months on from a life-threatening car accident that left the 15-time major winner needing surgery on multiple leg injuries.

Team Woods tee off on Saturday afternoon alongside Justin Thomas and his dad Mike in the first round of the 36-hole scramble event, which sees professional golfers team up with a family member in Orlando.

Having practiced with Woods, Mike Thomas had said it was “crazy how good he’s hitting it and (how) far he’s hitting it”, but the 45-year-old warned spectators to not expect much from him.

“I’m just starting to get back into trying to play again, so I don’t quite have the endurance that I would like to have,” he said ahead of his first competitive round of golf since 2020.

“I’ve still got the hands, I’ve still the feel. Unfortunately sometimes the feel doesn’t really match up with the speed or the shot that I’m seeing. The ball is not quite flying as far as I’d like or I’m used to.

“(My swing is) just not as powerful. I just don’t have the speed. I can’t generate the speed (I’m) used to, and you know, the body is not what it used to be.

“Obviously it’s been a little banged up this year, and slowly but surely I’ll get to where the speed will start coming back up, and I can start hitting the shots that I know that I see that just aren’t quite coming off.”