Although global in reach, World in Sport is physically based in London and so it’s great to see a pair of twins, Andrei and Igor Gradinar, originally from Moldova, use the English capital as the launching pad for their online fitness career. At only seventeen years of age the twins have managed to accumulate 12 million hits on YouTube and over 120,000 subscribers to their fitness channel. Together they are known as the “Eagle Twins”.

When they started to create videos, it was really just for a bit of fun, something to do in their spare time. The twins thought perhaps at one point something might come of it, but they didn’t really take it too seriously as they didn’t quite believe that it would happen for them. A few years later and they are among the top Russian language fitness vloggers and they are about to launch an English language channel so the rest of us can understand (even though many of their TikToks are easy enough to follow even if you don’t understand their language!). They have also started their own website, which is aptly named “The Eagle Twins”.

When an online presence is established, it’s often easy to assume that massive amounts of subscribers happen at a click of the fingers. Anyone who has gone through the process will tell you that it takes a lot of time, patience and perseverance; this is how it has worked out for the twins even though their rise has been a lot faster than that of others. This just goes to show that when you have a USP (unique selling point) then people will click the like button!

Starting on YouTube, Andrei and Igor soon followed up with Instagram and TikTok – then watched in some surprise how their subscriber base grew. It took just a few short months for them to reach 1,000 followers on YouTube and in the same amount of time it grew to 10,000 – and so on! In a recent interview on Kuriositas, the twins admitted that sometimes they did consider giving up – maintaining and growing an online presence is time-consuming, after all, plus sometimes the gains are not what one expects. However, they persevered, worked hard and what they describe as their “crazy idea” soon became more than just that – it became something they could see turning in to a business.

As such, they decided to study business at their local 16-18 institution, Lewisham College, where they are studying at Level 3 (in the UK, that is the level you do just before university). They are studying there not simply because they want to improve their business skills, but also to improve their English. Following in the footsteps of the likes of Arnold Schwarzenegger, they realise that gaining a foothold in the massive English-language fitness market is a sensible and logical next-step. Just like, Arnold, they dream big – their aim is to become the top fitness bloggers in the world.

That might just happen; their videos are a combination of sound fitness advice, plus lots of comic knockabout between the two brothers. Here’s one of their recent videos – you’ll soon get the idea whether you speak Russian or not!

So, the twins have come a long way already, but also have a plan for what happens next which may take them just as long. We’ll keep track of their progress here for you. In the meantime, the twins were asked what advice they would give anyone just starting an online business – sports, fitness or otherwise. “Always keep in mind things that stands you apart from others. Your rewards in life will always be in the exact proportion as your service.” 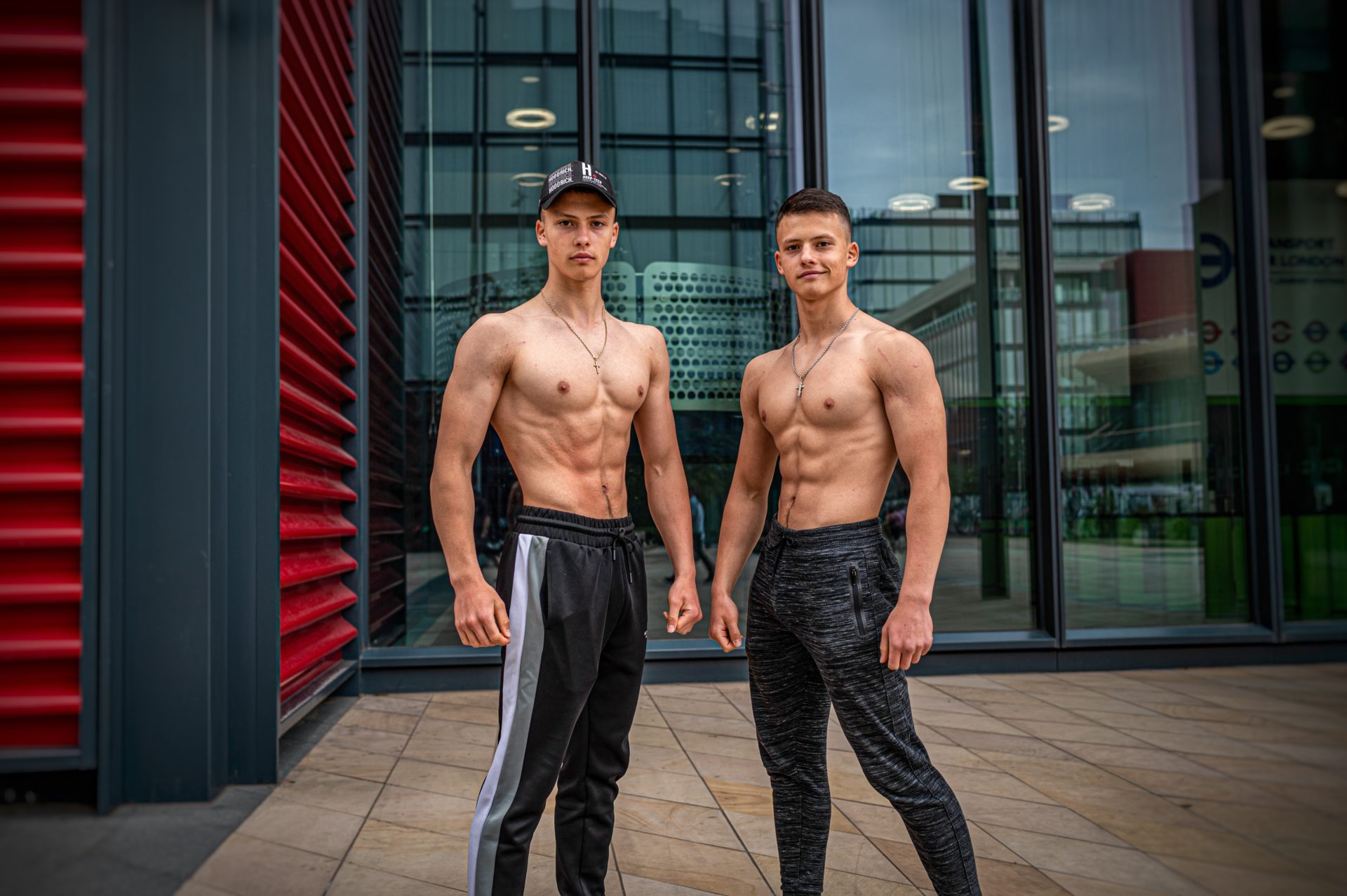