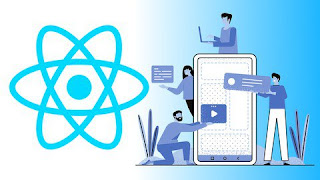 Welcome to this course on React Native. React Native is used hybrid mobile app development. Facebook’s React Native user interface (UI) design which is designed to support IOS and Android OS both platforms. React Native allows developers to develop apps by using JavaScript but at a much faster.

This course emphasises efficiency by utilising the most recent version of React Native. Instead of wasting time on confusing, out-of-date, and incomplete tutorials, learn to build professional and modern Android and iPhone (iOS) apps!

This project-based course will introduce you to the entire modern React Native app developer toolchain. Along the way, we’ll create a massive restaurant application with React, React Hooks, Expo, React Navigation, Firebase, Styled-Components, Google Maps/Places API, React Animations, Stripe Payments, and other technologies. This will be a full iOS and Android app!

Everyone wants to build a mobile app because it’s one of the best ways to engage with users.

Wouldn’t it be fantastic if you could combine your web development skills with your React understanding to create mobile apps?

That’s exactly what you can accomplish with React Native!

Here’s a breakdown of what you’ll receive: