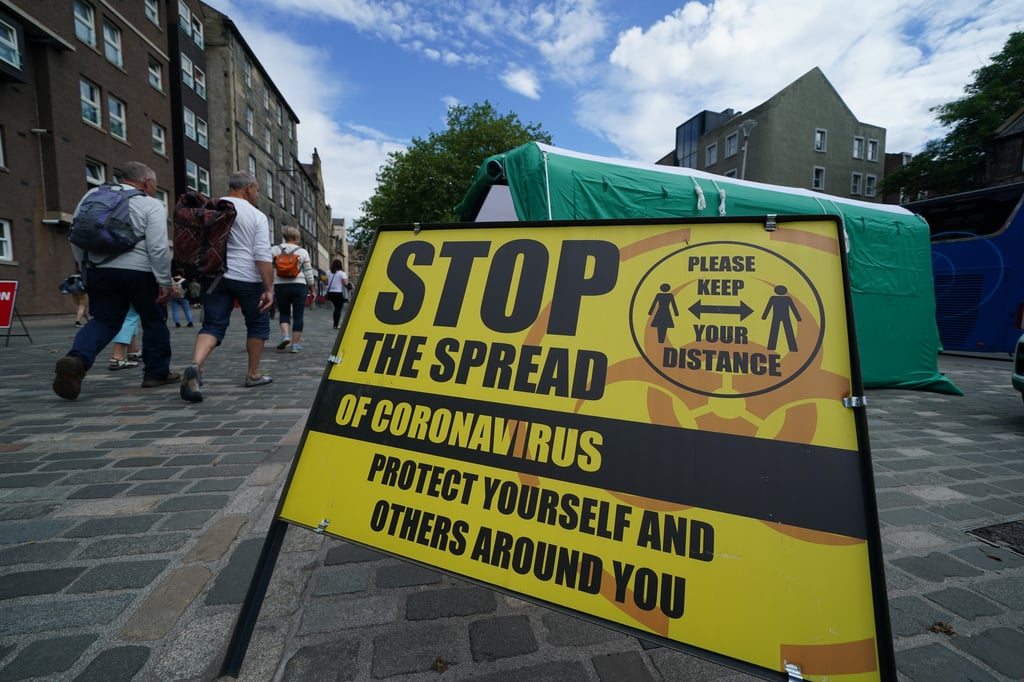 Daily Covid-19 cases have reached their highest level in almost a year as experts warned the Omicron variant could become the dominant strain in the UK by mid-December.

Analysis of Omicron by the UK Health Security Agency (UKHSA) also found two doses of the AstraZeneca and Pfizer vaccines provided “much lower” levels of protection against Omicron when compared with the Delta variant.

But the UKHSA said preliminary data showed vaccine effectiveness “considerably increased” in the early period after a booster dose, providing around 70% to 75% protection against symptomatic infection.

The news came as UK leaders held a Cobra meeting on Friday afternoon to discuss the latest data and their co-ordinated response, after which Cabinet minister Michael Gove said the UK faces a “deeply concerning situation”.

The Government said, as of 9am on Friday, there had been a further 58,194 lab-confirmed Covid-19 cases in the UK.

The last time a higher daily figure was reported was on January 9, when 59,937 cases were recorded.

An additional 448 confirmed cases of the Omicron variant have been reported across the UK, the UKHSA said, bringing the total number to 1,265.

The Cobra meeting was held virtually by Mr Gove in his role as Minister for Intergovernmental Relations, as he continued to self-isolate after coming into contact with the Australian Deputy Prime Minister Barnaby Joyce, who has tested positive for Covid.

Mr Gove is understood to have tested negative but is isolating as a precaution while waiting to find out if Mr Joyce contracted the Omicron variant.

Following the meeting, he said the UK faced a “deeply concerning situation” given the fast rate the Omicron variant is spreading across the country.

Speaking to broadcasters, the Cabinet minister said: “The Cobra meeting I’ve just chaired with First Ministers of all the devolved administrations was presented with some very challenging new information.

“We know that we have the highest number of Covid infections across the UK recorded today since January 9.

“We know the Omicron variant is doubling every two to three days in England, and possibly even faster in Scotland.

“We know that 30% of reported cases in London are the Omicron variant and of course we only identified Omicron in this country a fortnight ago.”

Earlier on Friday, Scotland’s First Minister warned of the possibility of a new wave of coronavirus taking hold north of the border.

Nicola Sturgeon told a briefing in Edinburgh that she could not rule out more restrictions in Scotland as a result.

However, No 10 maintained that there were “no plans” to go further with measures in England.

It has been reported that proposals are being drawn up for a Plan C, featuring even tougher rules.

But when asked about this on Friday, the Prime Minister’s official spokesman said: “There’s no plans to go beyond what we’ve set out already.

“Obviously we need to keep the characteristics of this variant under review, and we would act if necessary, but there’s no plans to go beyond what we set out.”

He added that the Government was keeping a “very close eye” on the situation in care homes.

“We haven’t taken any final decisions on whether further measures in care homes are necessary, I think as you’d expect given the additional vulnerability, we’re keeping a very close eye on what may be required there,” he said.

From Friday, in England the legal requirement to wear masks has been extended to more indoor spaces including museums, galleries and community centres.

There will be a return to working from home on Monday, and mandatory Covid passports for large venues from Wednesday, as the Government’s Plan B comes into force.

The new regulations will be put to a debate and vote in the Commons next week – and with Labour’s support they are certain to be approved despite the prospect of a large Conservative revolt.

The tougher restrictions have been branded a “necessary evil” by Professor John Edmunds, a member of the Scientific Advisory Group for Emergencies (Sage).

He told a Royal Society of Medicine briefing: “I think it’s a necessary evil … it’s very damaging for parts of the economy, the hospitality sector, retail sector in particular – they’re going to be affected.”

The Government also said on Friday that a further 120 people had died within 28 days of testing positive for Covid-19.

Separate figures published by the Office for National Statistics show there have now been 171,000 deaths registered in the UK where Covid-19 was mentioned on the death certificate.