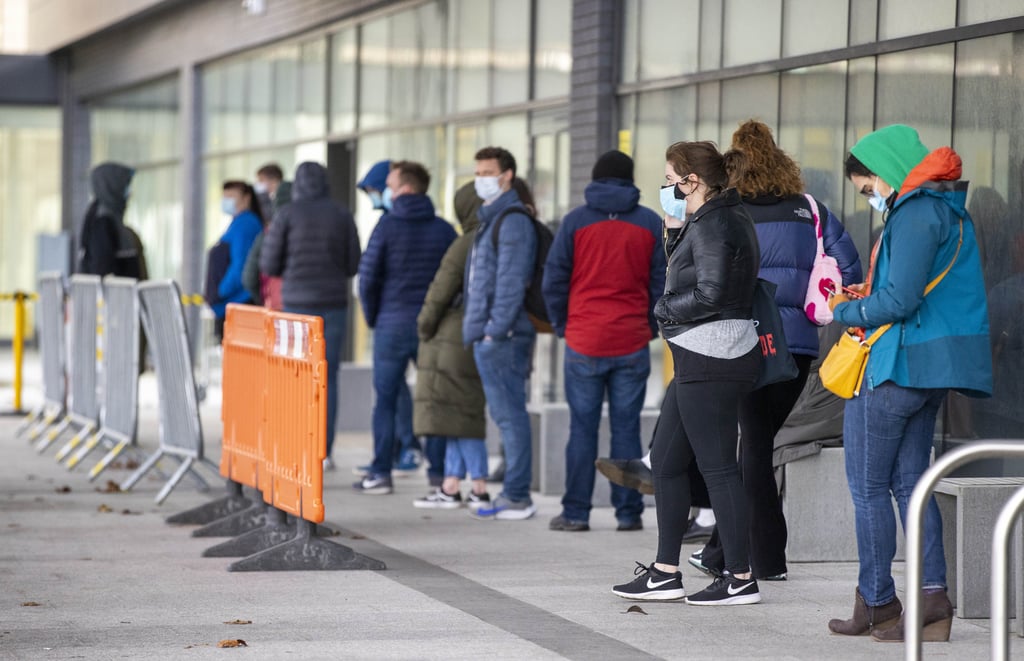 Northern Ireland’s booster rollout will further accelerate next week when vaccination centres open to the over-18s.

Some GP and community pharmacies are already offering jabs to the 18-29 age cohort.

A briefing document from Health Minister Robin Swann, which was circulated to fellow ministers on Wednesday night, sets out the next steps in the booster drive.

The document, seen by the PA news agency, states that health trust vaccination hubs will open to 18 to 29-year-olds on a walk-in basis from Monday.

People in that age group will be able to book appointments from Wednesday.

The paper was circulated ahead of a meeting of the Executive on Thursday.

At the meeting, ministers will receive an update from health officials on the threat posed by the Omicron variant.

Large queues have formed at trust centres this week after the programme opened to over-30s.

Some GPs and community pharmacies are already delivering jabs to over-18s and more of those facilities will open to that cohort next week.

Mr Swann outlined plans to extend capacity at existing hubs and reactivate other mass vaccination centres, including the Foyle Arena in Londonderry and the South Lake leisure centre in Craigavon, Co Armagh.

He said there are also plans to set up other fixed and mobile vaccination facilities.

On Wednesday, Northern Ireland’s chief medical officer said he is “more concerned than at any previous point in the pandemic”, amid warnings over the rapid spread of the new variant.

Sir Michael McBride urged all adults to get a booster vaccine as he and chief scientific adviser Professor Ian Young said Omicron is likely to become the dominant strain in Northern Ireland before the new year.

Prof Young said Omicron is expected to peak in mid-January and daily case numbers are likely to be higher than at any other time during the pandemic.

Stormont deputy First Minister Michelle O’Neill has called on Chancellor Rishi Sunak to stand up the furlough scheme again so it will be ready and available for workers if more severe restrictions are needed in the weeks ahead.

Ms O’Neill said Northern Ireland cannot be held to ransom over Covid-19 financial support and be left waiting for decisions to be taken in England.

She expressed concern that the potential reintroduction of UK-wide financial support measures, such as furlough, will be dictated by the timing of the Government’s response to the Omicron variant in England.

The joint head of the devolved administration in Belfast claimed the UK Government has been slow to act in response to the Covid threat in England throughout the pandemic and insisted Northern Ireland should not be forced to delay making decisions until ministers in London take similar steps.

On Wednesday, Mr Sunak announced that Northern Ireland is to receive another £75 million to help in the battle against Omicron.

However, Stormont’s Department of Finance has insisted that £50 million of the sum referred to by the Chancellor is not new money and has already been committed to the Executive.