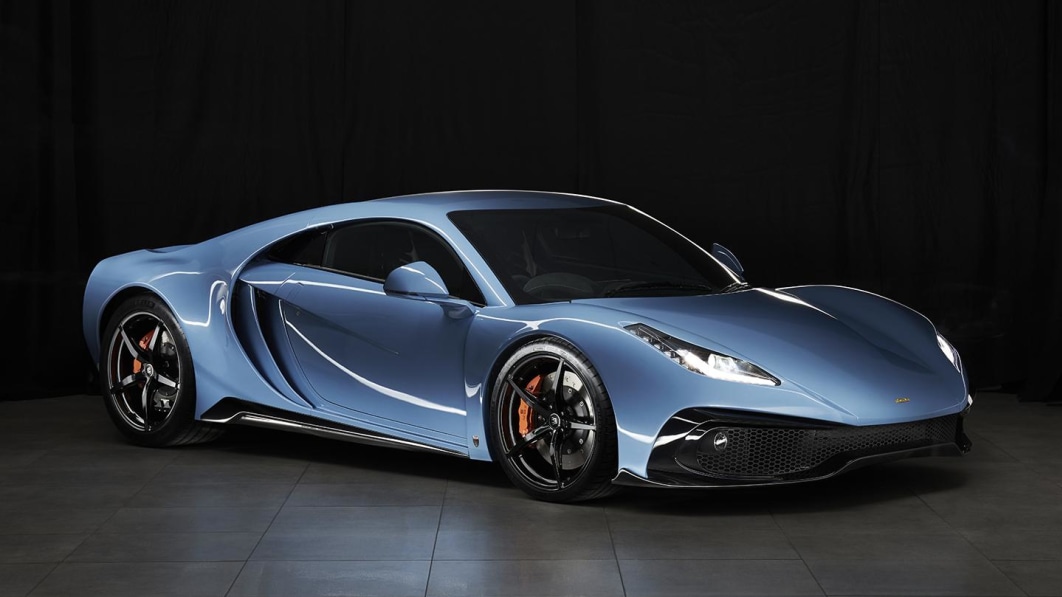 The clear, potent, unfiltered flavors the British might lack in their food they save for their beer and their cars. At the 2018 Goodwood Festival of Speed, British sports car maker Noble showed a prototype called the M500 that would become an entry-level option below the M600. Four years later, Noble’s eight full-time employees have a near-production version ready for show and undergoing final testing. The M600 is powered by a mid-mounted, turbocharged version of the 4.4-liter V8 that Yamaha developed for Volvo that makes 650 horsepower, has a steel tube-frame chassis dressed in carbon fiber body panels on a tube chassis, and costs around £200,000 ($275,000 U.S.). As with the prototype, the M500 will be powered by the 3.5-liter twin-turbo EcoBoost V6 in the Ford GT making roughly 550 horsepower and 600 pound-feet of torque, will dress a 70% similar evolution of the M600 chassis in glassfiber panels, and cost around £150,000 ($206,000 U.S.).

Every horse is sent to the rear wheels. The predicted production wet weight of 1,250 kilograms (2,756 pounds) should yield a 60-mph dash around 3.5 seconds, onto a top speed close to 200 mph. Noble will offer a full carbon body panel option for buyers ready to spend a lot more money for a little less weight.

The C7 Chevrolet Corvette headlights have stuck around from 2018, so too the Citroën C4 Picasso taillights. Going for an all-out direct driving experience, the vital revision sees the M500 dropping the prototype’s dual-clutch transmission for a six-speed manual from Graziano. Steering will be hydraulic, the four-corner double-wishbone coilover suspension will come with passive dampers, and there will be no ABS nor airbags. The M500 will be slightly “less visceral” than the M600. The standard Recaro Podium carbon seats can be switched for more forgiving thrones, the cabin that’s a touch wider for extra elbow play, and two big screens convey heaps of gauge and infotainment information. Noble might have gone a tad heavy on the Alcantara, though.

If 2022 doesn’t erect any more obscene roadblocks, the first M500s will be delivered to customers by the end of this year, annual production targeted at 50 units. Regrettably, unlike British food and beer, the Noble isn’t expected to make it to the U.S.