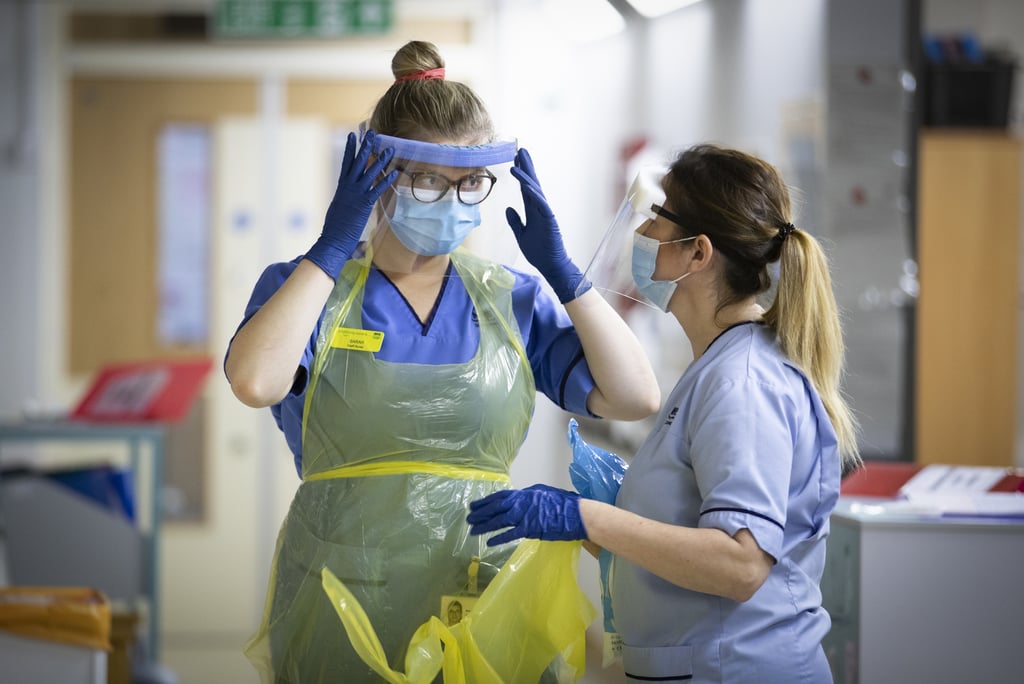 There is a possibility the NHS could be overwhelmed next month, a leading scientist has said, though uncertainties remain over the impact of Omicron.

Professor Graham Medley, from the London School of Hygiene & Tropical Medicine and a member of the Scientific Advisory Group for Emergencies (Sage), told BBC Radio 4’s Today programme he was worried “we could see numbers of people being admitted to hospital getting very large” if infections continue to rise and spill into older age groups.

He said it was “very hard to predict in real time exactly what’s happening on any day, but it’s certainly true that the numbers of infections primarily with Omicron is increasing, and has been increasing quite dramatically”.

He added: “We’re probably now at the level that we have been at the past, sort of back in January, and it does look as though it’s going to continue beyond that and go over it.”

Prof Medley, who was speaking in a personal capacity, said there was not currently any good information on the severity of Omicron but added: “We are a population in a very different position to this time last year, in the sense that the majority of people have been vaccinated and there has been much infection since then, so there is much more immunity…

“The fact that we are much more immune than we were generally means that the virus will appear to be much less severe.

“So, individually, we have a much lower risk but the numbers of infections means that even though individually we’re at less risk, at a population level (the) number of people ending up in hospital could get very large.”

He said it was a “million dollar question” over how this would affect the health service.

Asked if hospitals could end up overwhelmed, he said: “I think that that is a very real possibility.

“If the numbers of infections increasing continues in the way that it has done, and it spills out into older age groups, then we could see numbers of people being admitted to hospital getting very large and certainly going over the 1,000, maybe up to 2,000 a day, that we’ve managed to keep the Delta variant below.

“It was sort of below 1,000 since July without any restrictions, but I think that is going to be very, very difficult or are very unlikely to happen.”

Pressed on the possibility of the NHS being overwhelmed next month, the expert said: “I think so, there is that possibility.

“It’s very hard to be certain about these things. You certainly can’t put a risk or probability on them, but that is one of one of the more likely things that could happen.”

Prof Medley said “the numbers of boosters has gone up enormously” but it is the “concertina-ing effect which is the biggest danger”.

He said there have been around 800 hospital admissions per day for the past five months but “if we’d had all those in one month then we would have had a very different experience and the NHS would have been extremely taxed.”

He added: “And that is the fear – that we end up with the next four months of the epidemic in one month.”

It comes as Transport Secretary Grant Shapps defended the Government’s position, saying ministers believed Plan B included “sensible proportionate steps, which combined with getting the booster jab, we think will be the right approach to take.”

He told the Today programme that the Government was saying that “we’re in a much better position to enjoy Christmas than we were last year”, adding that taking tests before gatherings was a sensible move, as well as getting boosters.

Elsewhere, Professor Adam Finn, from the University of Bristol and a member of the Joint Committee on Vaccination and Immunisation (JCVI), told BBC Breakfast the wave of Omicron was just taking off across the country.

He said: “The wave is coming very fast and in fact alarmingly fast – if anything faster than ever. So it really is a race at the moment.

“The more immunity that we’ve all got the less of a problem this is going to be, but I’m afraid it is going to be a serious problem either way.”

Prof Finn said it was not up to him to say what regulations should be put on the population, but added: “I think I can certainly encourage people to do everything they can to minimise spread of the virus during this critical period and, of course, a lot of that can be done voluntarily without anyone imposing rules on people.

In London, where Covid is increasing rapidly, it’s far more likely to be Covid than it is to be a cold

“We all know now what the things are that we can do. We can avoid social contact, we can minimise contact at work, we can wear masks and really importantly, do lateral flow tests and check that you aren’t showing signs of infection on a test before you go into a crowded place where you might infect other people.”

Prof Finn said he was “very concerned” about the current number of daily infections, adding that we are “going to see the numbers of people becoming ill and needing hospital care beginning to rise steadily now over the next week and maybe over Christmas as well.”

But he said boosters took effect in the body quickly, adding: “It does come through very fast because you’ve got immunological memory, you’ve seen the antigen before from your previous doses, so the level of protection goes up pretty quick.”

Meanwhile, Professor Tim Spector, who helped found the Covid Zoe app, said Covid cases in London are accelerating more than was seen during the very first wave of the virus.

He told the Today programme the “majority of symptoms” of the Omicron variant are like a common cold, including headaches, sore throat, runny nose, fatigue and sneezing.

He said: “In London, where Covid is increasing rapidly, it’s far more likely to be Covid than it is to be a cold.

“If we look at our regional charts we see London accelerating more than we’ve seen it since the very first wave and this now means that Omicron is the predominant variant already.”

On Tuesday evening, new restrictions were approved in Parliament for face coverings at more indoor spaces in England and the introduction of NHS Covid passes for nightclubs and large venues.

In Scotland, people have been urged to limit their mixing by socialising with only up to two other households indoors, while in Northern Ireland, politicians backed mandatory Covid certification for access to nightclubs, pubs, restaurants and other licensed premises.