A minister has told Sky News he would be “surprised” if there were not any users of illegal drugs in the Houses of Parliament.

Kit Malthouse’s comments to Kay Burley come after a newspaper investigation found traces of cocaine at a number of sites on the estate.

Appearing on Sky News to talk about the government’s 10-year drugs plan to crack down on users and the criminals that supply them, the policing minister was asked if some of his own colleagues could be affected.

“There are obviously several thousand people who work on the estate and I would be surprised if there weren’t some lifestyle users of drugs amongst them.”

The new plans by the government include removing the passports and driving licences of offenders. 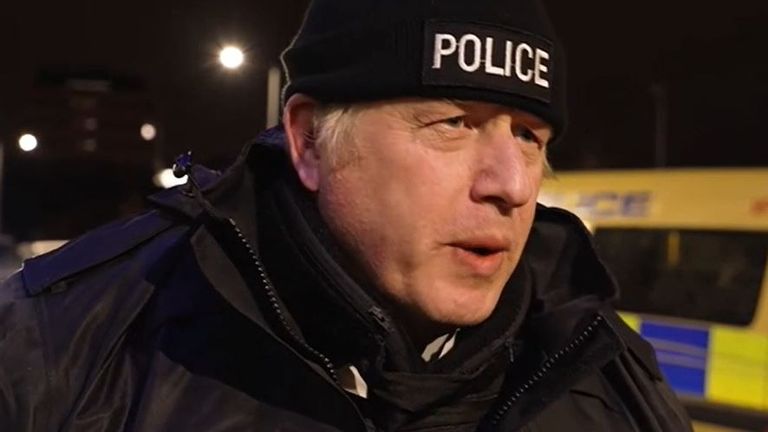 More on House Of Parliament

Commons Speaker Sir Lindsay Hoyle has told Sky News he is to call in the police in the wake of the claims.

Sir Lindsay is demanding a drugs crackdown – including sniffer dogs prowling the corridors – amid claims of cannabis and cocaine being used.

Allegations include a claim that a former MP put his drug dealer on the parliamentary payroll, claiming he was a member of staff, as a way of paying him for drugs.

And, according to a report in The Sunday Times, the same former MP is rumoured to have dealt drugs himself and at least one parliamentary aide has been sacked for taking cocaine.

Responding to the report, Sir Lindsay told Sky News: “The accounts of drug misuse in Parliament given to The Sunday Times are deeply concerning, and I will be raising them as a priority with the Metropolitan Police next week.

“I expect to see full and effective enforcement of the law.

“While Parliament provides extensive support services for any staff or members who may need help with drug misuse – and I would encourage anyone struggling with such issues to take up such help – for those who choose to flout the law and bring the institution into disrepute the sanctions are serious.”

Two drug dealers arrested in or near Parliament

The Sunday Times reported that Commons officials received reports last month that cannabis could be smelt in an open space between Portcullis House and 1 Parliament Street.

This came after it was revealed that two drug dealers were arrested, and 13 people were detained for drug possession in or near Parliament in the space of a year.

The Sunday Times also reported that drug detection wipes found evidence of cocaine in 11 out of 12 lavatories tested in the building, including some restricted to parliamentary pass holders.

The locations were said to include lavatories near the offices of Prime Minister Boris Johnson and Home Secretary Priti Patel and a disabled bathroom on the shadow cabinet corridor in the Norman Shaw North building.

Figures released by the Metropolitan Police under Freedom of Information laws show there were 17 drug crimes in or near Parliament in the past year, and police investigated 38 offences between 2015 and 2018.