Attaching solar panels to cars sounds like a lovely idea until you look at the tangible benefits they can offer. For most applications, even on an ideally sunny day, the gains in electric range are minimal — we’re talking miles in the low single digits. However, Mercedes-Benz believes in solar panels, and will begin offering them on production EVs in 2024.

This news comes from a media conference call where Markus Schäfer, Mercedes-Benz CTO, was speaking about the new Vision EQXX.

“So, customers probably will have the choice in the future to opt for complete glass roofs uninterrupted, or solar roofs, which are extremely aesthetically attractive, but also the benefit of putting additional energy into the battery,” Schäfer says.

If we look at Mercedes’ implementation of a solar roof in the Vision EQXX, the benefits look rather helpful. Throughout a single day in ideal conditions, Mercedes suggests the Vision EQXX’s solar panels will add up to 15.5 miles of range on long-distance journeys. For comparison’s sake, the Euro-spec Ioniq 5’s solar roof is claimed to add a little over 3 miles per day, and the Sonata Hybrid’s solar roof adds about 2 miles of electric driving power per day. 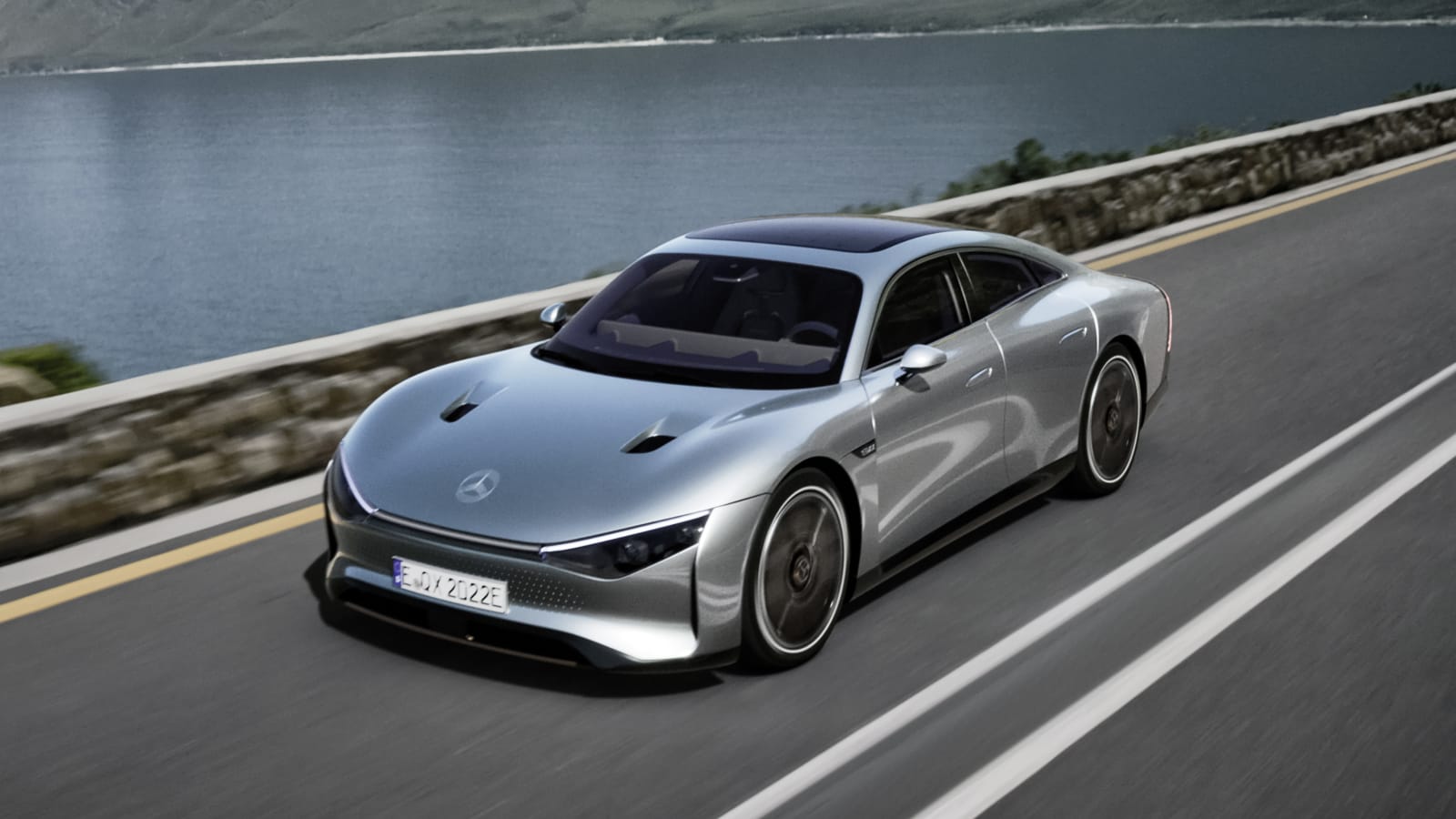 “We work with the German research institute of Fraunhofer … who co-developed with us, solar panels, a very very efficient solar panel roof which we’re putting in our vehicles, and that’s the idea with series vehicles in the future, probably starting 2024 with an increasing number of solar roofs in Mercedes-Benz vehicles,” Schäfer says.

Mercedes’ concept for using solar panels on the roof isn’t exactly what you think it might be off the bat, too. Instead of feeding the power directly into the big lithium-ion battery pack, power from the 117 solar cells on Vision EQXX’s roof is fed to and stored in a separate lithium-iron-phosphate battery. This battery supplies power to the climate blower, lights, infotainment system and other ancillaries. By using this separate battery to power those systems, you reduce the strain on the high-voltage system, thereby increasing range. That said, Mercedes says it’s also developing a solar power system that is capable of feeding the high-voltage system.

How much range a production Mercedes EV might be capable of gaining from the sun is still unknown, but we suspect the final number will be less than the 15.5 miles of the VIsion EQXX. After all, not every new Mercedes-Benz EV will have a 0.17 Cd.

And because this is a Mercedes-Benz, Schäfer mentioned several times that the solar roofs themselves would be pleasing to the eye. We’ll be very interested to see what the production roofs look like and what they offer from a range standpoint.