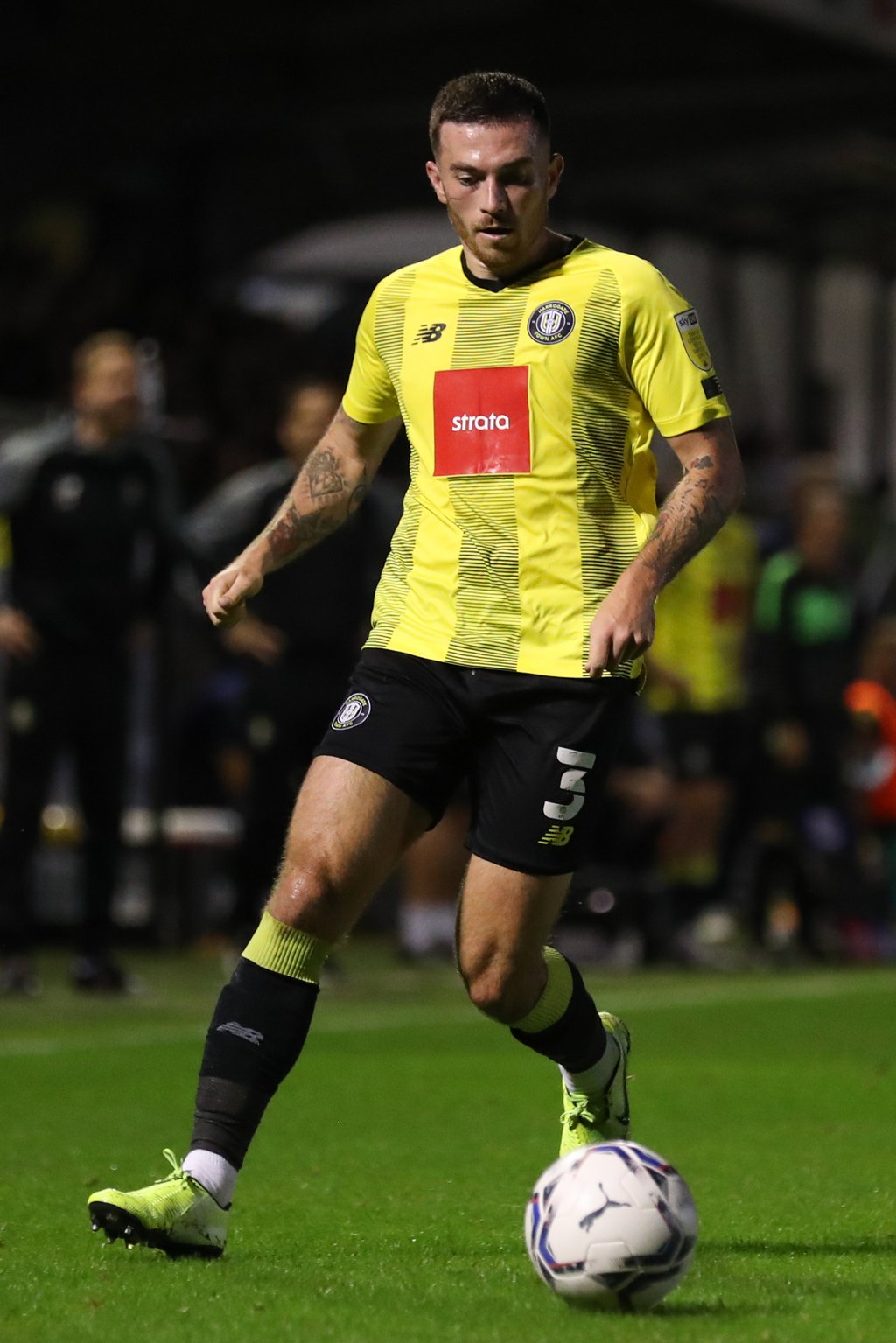 Harrogate will have Lewis Page available for the visit of Northampton in Sky Bet League Two on Saturday.

Page will be in contention for selection again following his one-match ban for picking up five yellow cards, but the club will still have a number of absences.

Rory McArdle returned to training on Thursday, while Ryan Fallowfield could be returning soon as well for manager Simon Weaver.

However, forward Aaron Martin and defender Will Smith will remain sidelined.

Northampton will make a late call over the fitness of Shaun McWilliams and Kion Etete ahead of the trip to Northampton.

McWilliams was taken off at half-time against Exeter midweek with a thigh strain and it remains to be seen if he will be fit enough for the game at Wetherby Road.

Tottenham loanee Etete missed the Exeter clash altogether with a hamstring problem after being forced off in the 20th minute against Leyton Orient on November 27.

Ali Koiki and Mitchell Pinnock also sustained knocks midweek but should be fit enough to play at the weekend.