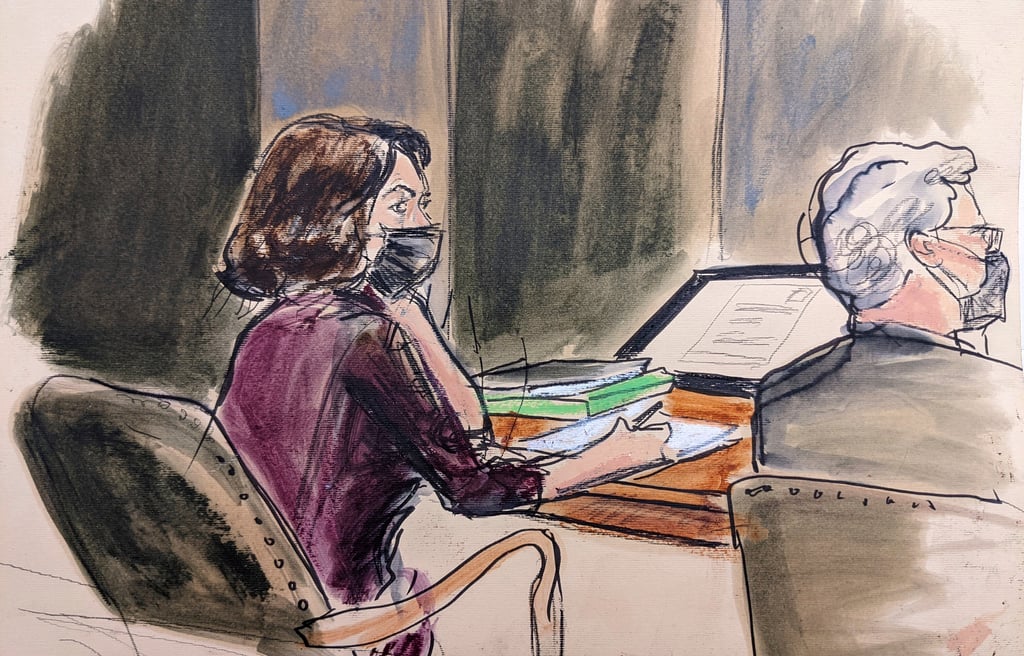 British socialite Ghislaine Maxwell appeared in court on Saturday for a rare weekend hearing where lawyers made arguments about how the judge should instruct a jury on the law in Maxwell’s sex abuse trial.

US District Judge Alison Nathan scheduled the hearing, held in an otherwise closed courthouse and with jurors absent, in an effort to keep Maxwell’s trial on a fast track that will have her case reach a jury early next week.

Closing arguments and Judge Nathan’s reading of about 80 pages of instructions are set for Monday.

Prosecutors and Maxwell’s lawyers spent the morning in federal court in Manhattan sparring over the exact wording the judge will use to describe to jurors the legal elements that must be proven to convict Maxwell on six criminal counts, including sex trafficking of a minor.

One of the requests by Maxwell’s lawyers that was approved: the judge should refer to her as “Ms Maxwell” instead of “the defendant”.

Her brother and sister, ever present at the trial these past three weeks, were among the spectators.

Maxwell, 59, has pleaded not guilty to charges that prosecutors say show that she and financier Jeffrey Epstein were involved in a scheme to groom teenagers to have sexual encounters with him.

The defence has countered by claiming she has being made a scapegoat for 66-year-old Epstein, who killed himself in his Manhattan jail cell in 2019 as he awaited his own sex trafficking trial.

The defence rested its case on Friday after Maxwell told the judge she would not give evidence.

“Your Honour, the government has not proven its case beyond a reasonable doubt so there is no reason for me to testify,” Maxwell said.