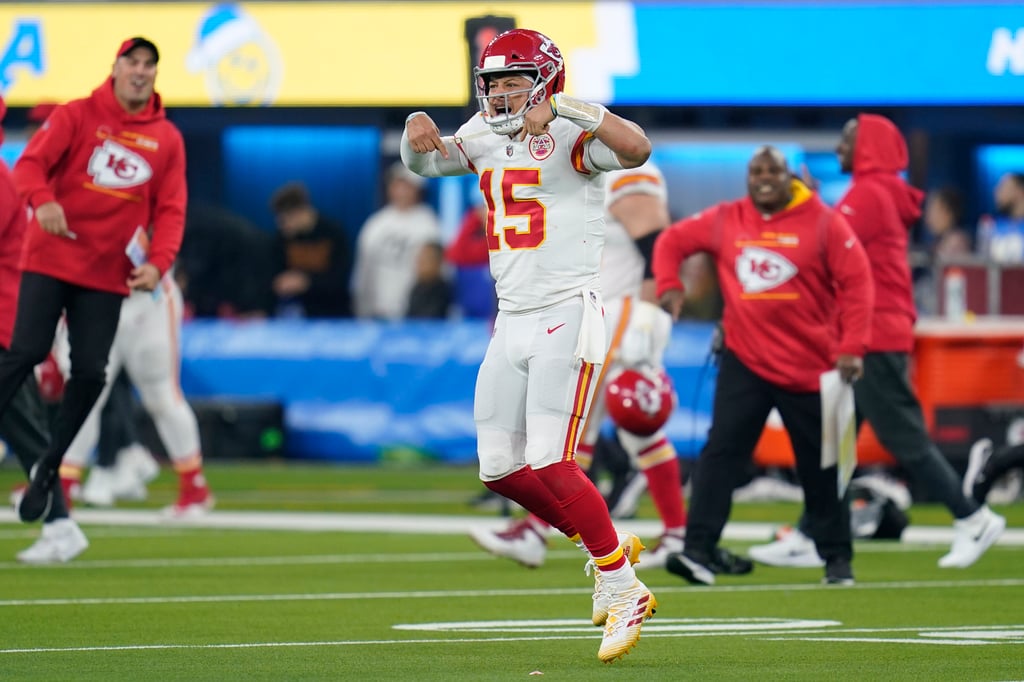 It looked like the Chargers were heading to the top of the division when Mahomes’ second turnover of the game led to the hosts taking a 21-13 lead in the fourth quarter.

But Mahomes eventually came out on top of his thrilling duel with Chargers quarterback Justin Herbert, throwing two late touchdowns before connecting with tight end Kelce for a 34-yard game-winning score in overtime.

It was a seventh straight win for Kansas City and moved them into first place in the AFC with a 10-4 record.

The Chargers were left two games back on their divisional rivals – who secured the head-to-head record tie-breaker – but remain well-placed to secure a wild card spot for the NFL play-offs.

They suffered a blow on their first drive when tight end Donald Parham suffered a head injury and had to be taken to hospital, where he was said to be in a stable condition.

But Herbert led the hosts to a 14-10 half-time lead when he responded to Chiefs full-back Michael Burton’s first touchdown since 2015 with a one-yard touchdown run of his own before he threw to Jalen Guyton in the end zone.

Mahomes had the Chiefs defence to thank for the gap not being bigger after they denied the Chargers on fourth and goal twice, including after Joey Bosa had strip sacked the Kansas quarterback.

The visitors missed a glorious chance to take the lead when Mahomes underthrew to a wide open Mecole Hardman on fourth and one from the Chargers two-yard line and he later threw an interception inside his own five-yard line which quickly led to an Austin Ekeler touchdown run.

Mahomes and Herbert then traded touchdown passes, to Tyreek Hill and Keenan Allen respectively, before the former connected with Kelce for a seven-yard touchdown with one minute and 16 seconds remaining.

The game was tied at 28-28 at the end of regulation but after the Chiefs won the overtime coin toss, Mahomes and Kelce combined for the 10th time in the game and the tight end’s forceful run to the end zone secured victory.