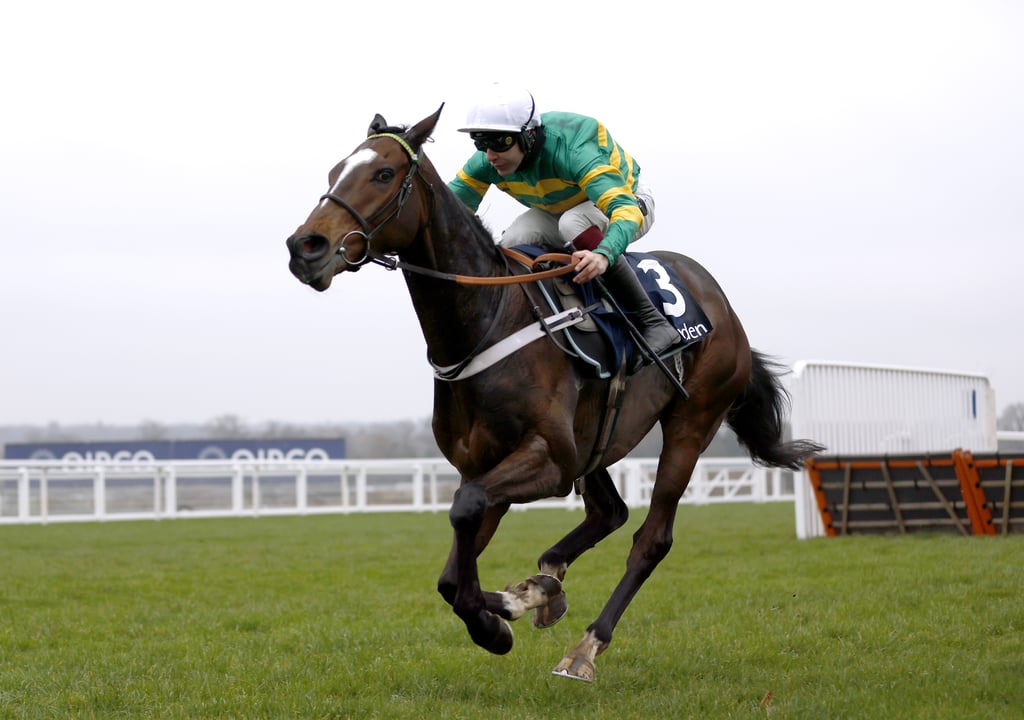 Bought for the princely sum of £570,000 by JP McManus having won his sole point-to-point and sent to Nicky Henderson, Douvan’s full-brother promises to live up to the price tag and more based on this evidence.

While only five took their chance, the two-mile contest was widely regarded as being the best race of its type so far this season.

His opponents in the Grade Two affair included Paul Nicholls’ unbeaten Knappers Hill, Nigel Twiston-Davies’ Grade Two winner I Like To Move It, Irish raider Colonel Mustard, who has been second in a Grade One, and Dan Skelton’s smart mare Elle Est Belle.

As none of his rivals wanted to give Jonbon – who has been very keen in the past – a lead, Aidan Coleman soon found himself in front setting a sedate pace after the field barely broke out of a trot in the early stages.

Coleman began to really quicken the pace at halfway and by the time the field turned into the straight he had most of his rivals in trouble.

Having jumped the second-last safely Coleman gave the even-money favourite a shake of the reins and he quickened and flew the last on his way to a two-and-three-quarter-length success over Colonel Mustard.

The bookmakers were impressed and he is now the general 5-2 favourite for the Supreme Novices’ Hurdle at Cheltenham in March.