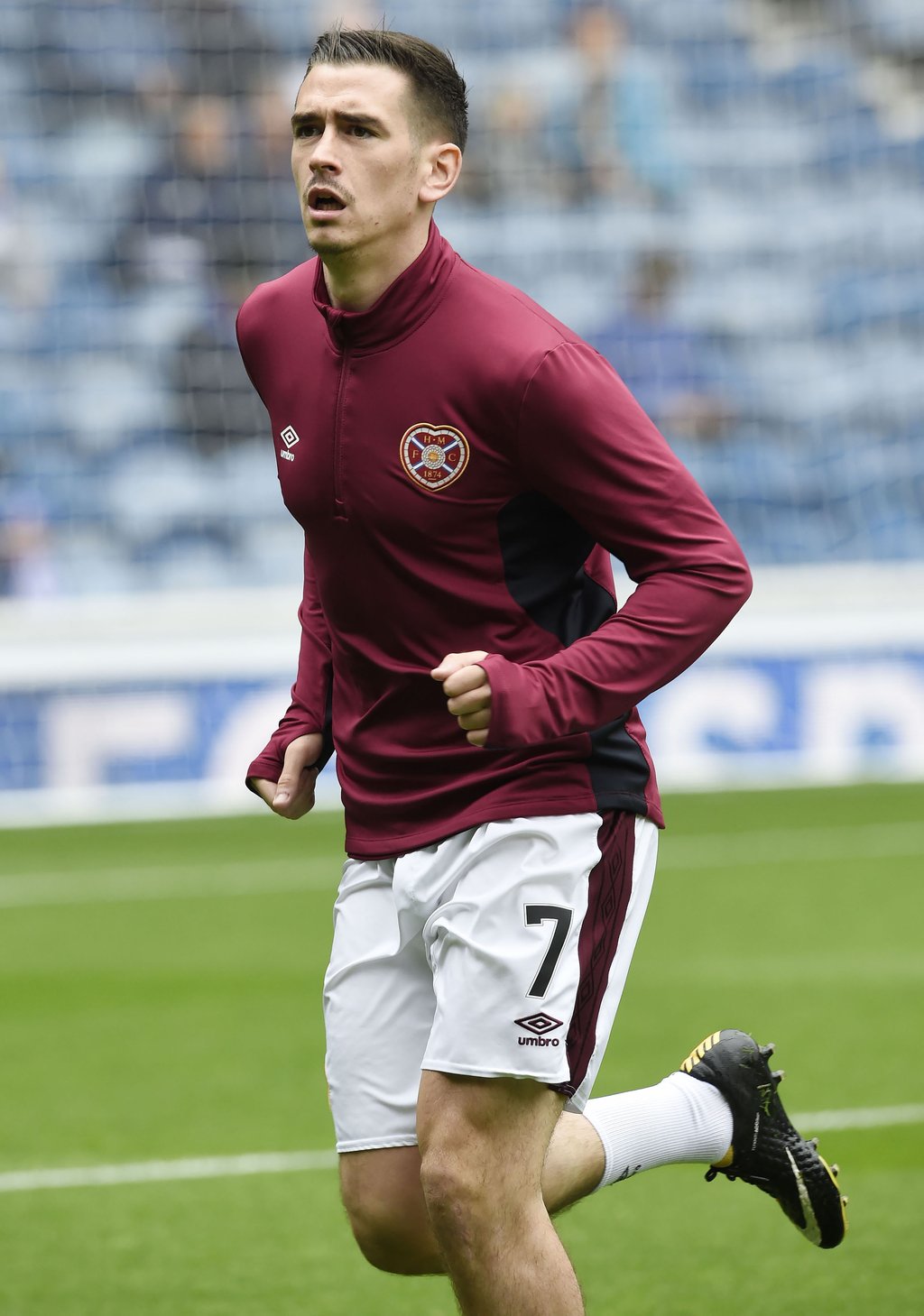 Hearts boss Robbie Neilson admits he would like to keep Jamie Walker at Tynecastle but he fully understands if the player needs to go out on loan next month.

The 28-year-old was the Jam Tarts hero on Saturday, coming off the bench in the second half to score the only goal in their cinch Premiership game against Dundee at a fog-bound Dens.

It was Walker’s seventh appearance of the season with other clubs including Livingston and St Johnstone believed to be keen to offer him a loan deal and the chance of regular football.

However, Neilson has not ruled out persuading Walker to remain with Hearts.

The manager said: “It’s a decision that me and Jamie need to come to.

“I’d like to keep him, but I have to respect the age he’s at, he needs to go and play.

“We’ll see how it goes in the next couple of weeks. We’ll have a chat and see what he wants to do, because it will probably come back to that.”

Neilson added: “Jamie is a good player. He’s a Hearts man through and through. You know when you put Jamie on, he’s going to give you everything, so I’m just delighted for the kid.

“He’s not played for a while and to get the winner in front of the Hearts fans is great.”

Fog descended on Dens at half-time with visibility deteriorating as the second 45 progressed.

However, Neilson was confident that referee Willie Collum would not decide to abandon the game and deny Hearts the chance to remain five points clear of Motherwell.

The manager said: “It came down in the last 20 minutes but it was going to take a lot for him to cancel a game like that.

“When you’re on the touchline, you can’t see great, but on the pitch you’re usually all right.

“It’s a massive result for us, with Motherwell still charging on. We need to make sure we win week in, week out.”

Liam Boyce missed the game through injury but Neilson admitted the striker’s absence was more a precautionary measure.

However, the manager has bigger worries over Stephen Kingsley who had to come off in the 24th minute against Dundee.

Neilson added: “It was a tackle that has come right on his shin. He’s in a boot now so we just need to see how it is in the next couple of days.”