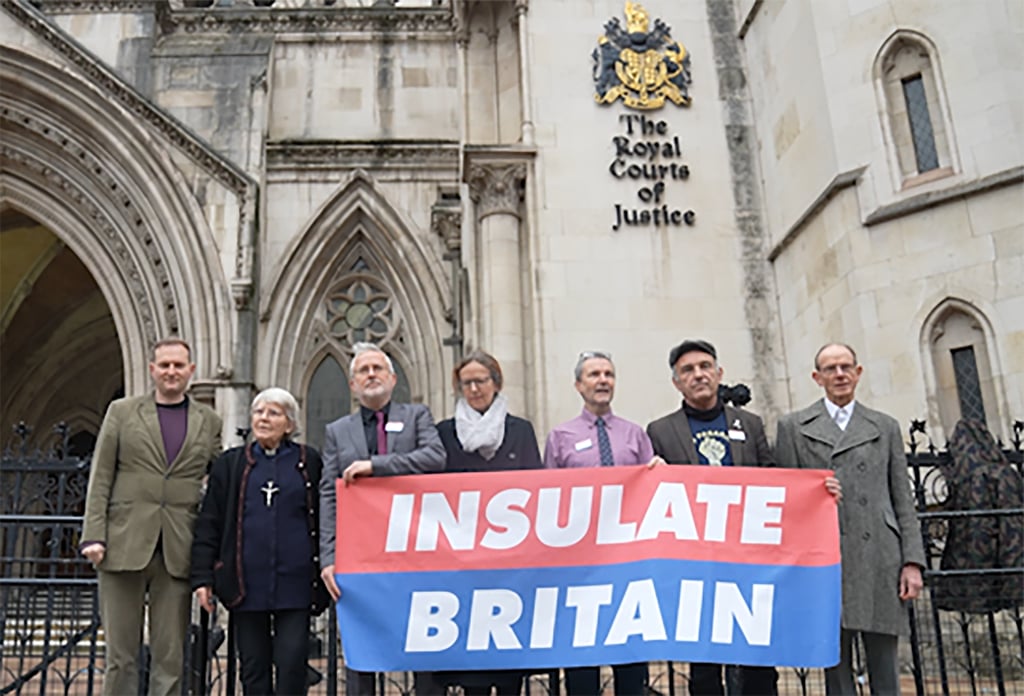 Nine protesters were give prison sentences for admitting breaching an injunction, and being in contempt of court, at a High Court hearing in London.

Insulate Britain said the “leniency” of the sentences was in contrast to immediate jail terms handed to protesters by judges a month ago.

Rev Sue Parfitt, 79, from Bristol, was one of seven protesters given a suspended jail terms.

“I think we are surprised that seven of the sentences were suspended – but we are glad,” she told PA news.

“I think it shows as things move on the idea of sending peaceful protesters to prison is a nonsense.”

Wasn’t it worth me sitting on the motorways to flag (our) message, and to interrupt people’s lives for an hour or so, in order to protect our children?

An Insulate Britain spokesman added: “The leniency of the sentences was in contrast to the jail terms of between three and six months handed out to the first group of people from Insulate Britain, convicted on November 17th.”

They handed prison sentences, one of two months and one of 30 days, to two protesters, while the seven others received two-month suspended jail terms.

National Highways claimed the protesters had breached an injunction and were in contempt of court.

Lord Justice Dingemans said each protester had accepted they had breached a court order and were in contempt.

The two judges heard that Insulate Britain had organised protests which disrupted and obstructed the M25 on several days in September.

A judge had subsequently made an order barring protesters from staging protests on the M25.

The protesters said they were compelled to act to highlight Britain’s so-called “leaky homes”.

Rev Parfitt had asked: “Wasn’t it worth me sitting on the motorways to flag (our) message, and to interrupt people’s lives for an hour or so, in order to protect our children?”