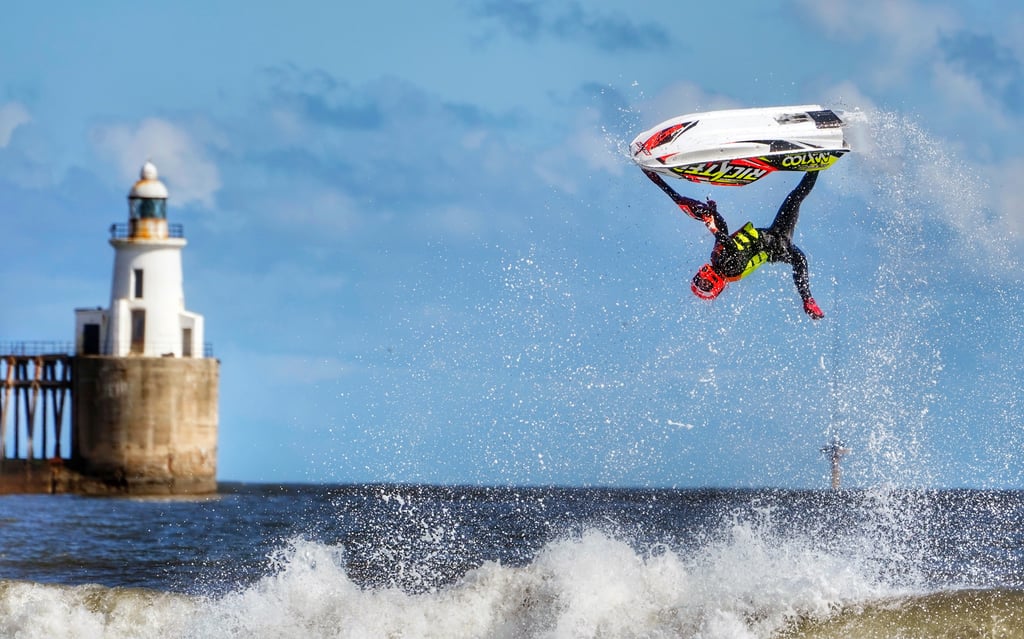 The waters around the United Kingdom experienced weather extremes during the 12 months of 2021.

Storms Arwen and Barra wreaked havoc on many coastline areas as the year ended, but the summer heatwaves saw thousands flock to beaches in search of sand, sea and sun.

But come rain or shine… or even gusting wind, the British public still loves to get out on the waves for a spot of leisure activity.

And some brave souls take it one stage further, an October dip in the sea is not for the faint-hearted.

Brighton in the autumn sun seems a much more agreeable affair.

A pilot had a lucky escape when his aircraft crashed into the sea during the Bournemouth Air Festival.

The container ship Ever Given, which famously blocked the Suez Canal in March causing a global trade crisis, finally arrived at its destination port of Felixstowe in August – and was greeted by an army of onlookers.

In June, Virgin Voyage’s luxury cruise ship Scarlet Lady arrived into Portsmouth for the first time. The 110,000-tonne liner is the largest ship to have ever docked in the city.

The summer brought scorching temperatures and saw many people heading to the beach.

But even when the clouds roll in, the British coast can be breathtaking.

The Royal Navy’s new aircraft carrier, HMS Queen Elizabeth, made her maiden deployment to lead the UK Carrier Strike Group from HM Naval Base in Portsmouth in May.

The new P&O cruise ship Iona enters Southampton for the first time ahead of its naming ceremony. It is the largest cruise ship built for the UK market, and is 345 metres long, weighing 185,000 tonnes.

And as the sun sets on the last few days of 2021, we can guarantee the coast will still be calling young and old next year.