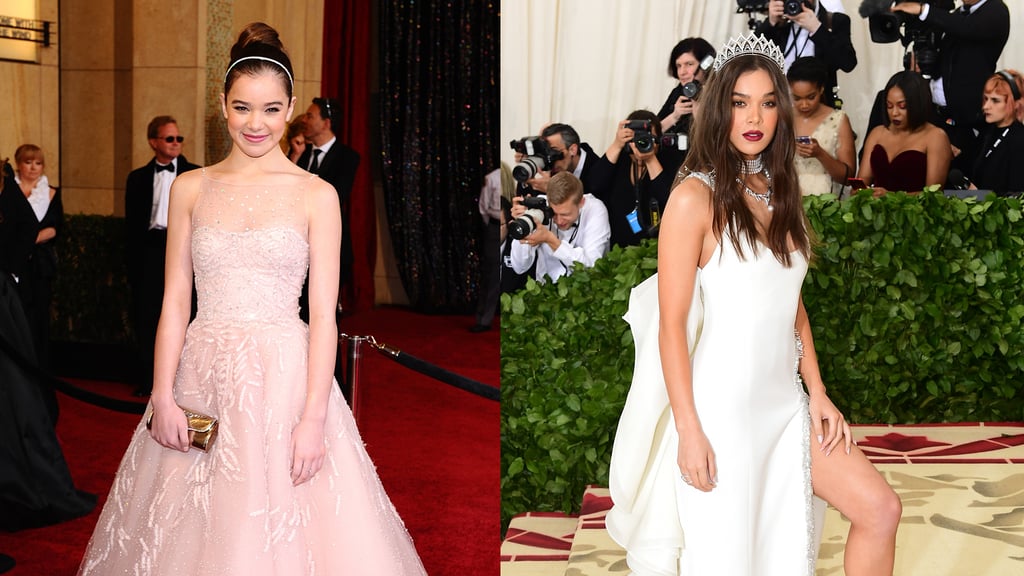 Nominated for an Oscar at the age of 14 for her role in True Grit, Hailee Steinfeld made her on-screen singing debut in the Pitch Perfect movie franchise and went to launch her own pop career.

Not only is the California-born film and TV star hugely talented, she’s a Hollywood style icon to boot, and always impresses when it comes to awards ceremonies and other high profile events.

To mark Steinfeld’s 25th birthday (December 11), here we look back at her greatest red carpet style moments over the years.

Attending the Academy Awards for the first time in 2011, Steinfeld was nominated for the best supporting actress gong but lost out to Melissa Leo. For her starring turn on the red carpet, the 14-year-old chose an age-appropriate pale pink tulle dress by Marchesa, worn with matching peep-toe heels, a silver mini clutch bag and skinny headband.

Later the same year, Steinfeld switched up her look at the MTV Movie Awards with this sequin-collar black suit jacket and trousers, the suit accessorised with a green box clutch and black strappy heels.

Long-sleeved minidresses are a Balmain signature, as seen on Steinfeld at the MTV Movie Awards 2016.

A vision in lavender at the 2017 Oscars, the actor donned a bespoke lavender creation by couture designers Ralph and Russo. The floral-embellished halterneck gown featured ruffle detailing at the back and a sweeping train.

The theme of the 2018 Met Gala was ‘Heavenly Bodies: Fashion and the Catholic Imagination’. Steinfeld was equal parts angelic and edgy in her white, slit-to-the-thigh Prabal Gurung dress, crystal crown, platform heels and vampy red lips.

Rocking head to toe red, the actor chose a sheer dress by Norwegian designer Kristian Aadnevik teamed with matching heels and lipstick for the 2019 VMAs.

Showing support for British design talent while in London for a Hawkeye screening earlier this year, Steinfeld donned an unusual look from Richard Quinn’s forthcoming spring/summer 2022 collection, featuring a strapless floral minidress over black trousers that completely concealed her shoes.