The Goodwood Member’s Meetings are enjoyable for all the usual reasons associated with this famous venue, getting close to exotic and rare cars, interesting characters both behind the wheel and on the banks at Lavant, and very expensive cars being pushed to their limits.  A mix of cars and memories – Goodwood, Touring Cars and Tom Walkinshaw – intoxicating.

The sight of the Group One Touring Cars in the paddock races me back to the late 70’s and early 80’s, when I used to spend every second weekend at a circuit around Britain.  As my brother Martin pursued his favoured career, car design being a fall back, racing a Formula Ford in various championships; Donnington Park, Brands Hatch and Silverstone were as familiar to me as my parents’ garden.

The likes of Richard Longman,  Win Percy and Tony Dron, were names that meant more to me than James Hunt.  The sight of Richard in his Mini hassling and embarrassing the larger more powerful cars was re-enacted at each round, and that mix of machinery is brought to life at Goodwood in the Gerry Marshall Trophy races.

As a youngster it was the paddock in the evenings, meeting drivers and sitting in the cars as mechanics worked on them, “as you’re in there, make yourself useful, push the brake”, where I got the most enjoyment.  Listening in on their banter about ‘if only’, ‘the lack of sponsorship’ and from the mechanics “he couldn’t drive a nail in a plank” was fascinating and intoxicating.

Seeing the TWR XJR-15s at Goodwood reminded me of those conversations because more often than not, talk would eventually make reference to Tom Walkinshaw, who was a pretty quick driver and quite a character by all accounts too.  Stories of intrigue about his racing exploits accompanied hot cups of tea and bacon butties.  How he would find a ‘special’ limited production model made for the sand dunes in the desert, it’s particularly large wheel arch inners allowing the touring car to run unfeasibly close to the ground, and moving a number of cars from one warehouse to another ‘doubling’ production numbers for compliance with championship entry requirements. True or not now the stories of folklore.

But the success of the man was unquestionable, setting up Tom Walkinshaw Racing in 1975, to build and run his race cars for the touring car championship. It went on to become an incredibly successful racing outfit, including winning Le Mans in partnership with Jaguar with a car designed by Ross Brawn, and even racing Volvo estates – although not a racing success certainly a PR one!

The spin off from the racing was production of performance aftermarket parts for road cars such as the Mazda RX7 and more famously the Jaguar XJR-S, at which point Walkinshaw realised the potential for this service and started TWR Design.  This new design consultancy, with Peter Stevens, attracted one Ian Callum from Ford as designer, and clients such as Volvo, Mazda and HSV all benefiting from their input, with the Aston Martin DB7 being the most prolific project.  In the early 90’s I was able to see from the inside the work they were doing, as I provided alias modelling expertise. The close knit, efficient and boisterous team of designers and clay modellers outputting an incredible range of concepts and production models.

As I reflect on the weekend at Goodwood, and review my own experiences as Drive goes into its 25th year, I can fully appreciate what Tom Walkinshaw achieved, and how driven, motivating and business savvy he must have been to build a race team into a company peaking at around 1500 employees worldwide, that went on to design what is one of the most beautiful production cars ever. 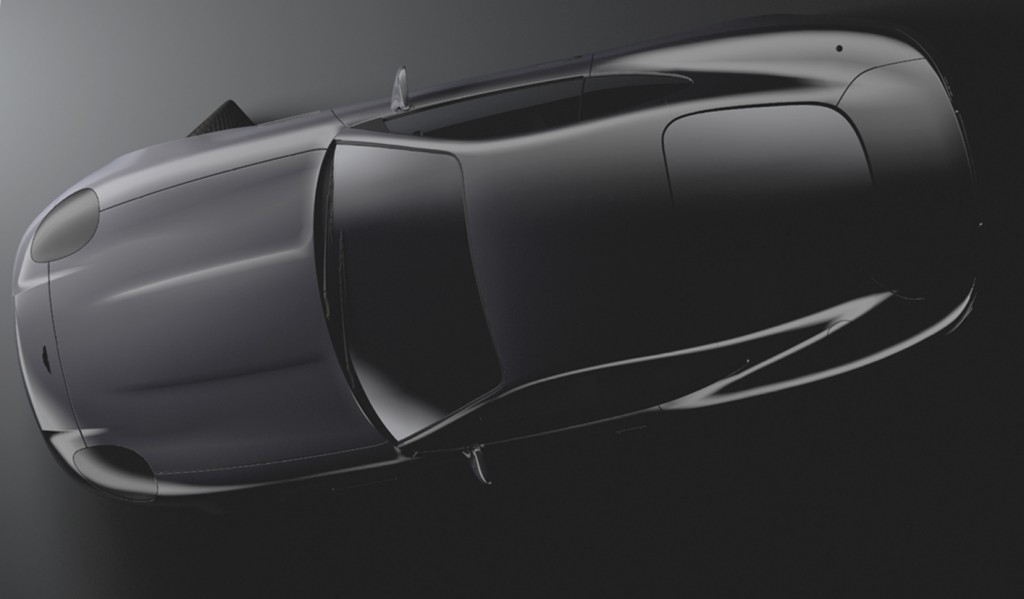