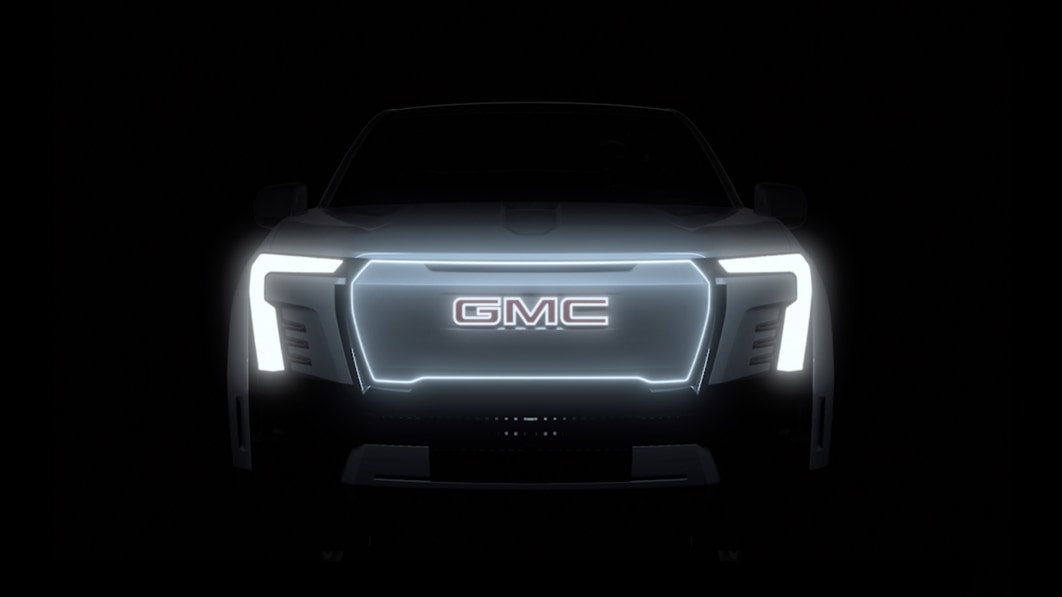 An electric GMC Sierra Denali is coming, and this is our first look at the fully-electric pickup truck. It’ll be the second electric pickup from GMC, following the Hummer EV pickup that is about to launch.

GMC didn’t reveal much about the EV, but it did say that the electric Sierra will launch exclusively in Denali trim. That means you shouldn’t expect to buy any cheaper versions of the truck in the immediate future. Denali is extremely popular among GMC buyers, though, so this being the exclusive offering probably won’t hurt GMC’s sales prospects too badly. Beyond the trim, GMC also says the truck will be built on the Ultium platform, which is a given these days for new electric GM vehicles.

As for the image and teaser video (see the video below), GMC gives us a fairly clear view of what the electric Sierra’s front end will look like.

It’s no surprise to see the “grille” has been transformed into a shield of sorts. That shield is then flanked by a pair of giant LEDs that wrap around the edges of the top front corner. The turn signals are also previewed, as they blink in three-dot fashion on the front bumper. We can also see some fairly aggressive hood sculpting shrouded in shadow. And that’s about it.

GMC says the electric Sierra will be fully revealed next year, but doesn’t provide an exact date. We already know the electric Silverado is coming to CES in January, though, so we suspect many questions about the GMC version will be answered then. When the electric Sierra does come out, GM says it will be producing them at its assembly plant in Detroit and Hamtramck, MI.