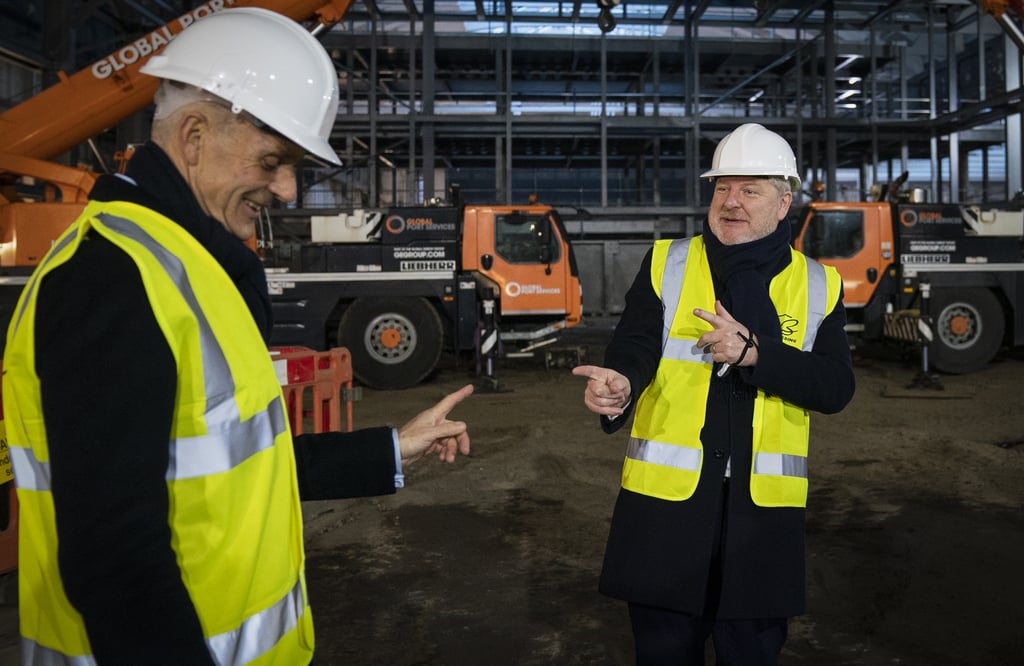 A new TV studio is to be set up at Glasgow’s Kelvin Hall, thanks to almost £12 million of cash from the Scottish Government and local council.

Culture Secretary Angus Robertson – who visited the site on Wednesday along with BBC director general Tim Davie – said the 10,500sq ft facility would be a “welcome addition” to the film sector in Scotland

The Scottish Government is committing £7.9 million to the project, which will help meet demand for TV shows filmed in Scotland when it opens in the autumn of 2022.

Meanwhile, Glasgow City Council is investing £4 million in the new studio, which will also provide a range of post production facilities and will be operated by BBC Studioworks a commercial subsidiary of the BBC which provides such facilities.

Bosses at Screen Scotland have been involved in talks with BBC Studioworks since early 2020 “to land this opportunity for Scotland”, after the organisation made clear its desire to develop more facilities outside of London.

Mr Robertson told how the cash the Scottish Government is providing “reflects the confidence we have in our fast-growing screen industries”.

The Culture Secretary said: “There is unprecedented interest in Scotland as a production hub and Kelvin Hall will be a welcome addition to the growing range of studio space being used by film and television productions.

“We are working with partners to maximise the opportunities offered by the studio to develop expertise in the entertainment genre and build on existing skills and training schemes to further develop a sustainable creative economy.”

Andrew Moultrie, the CEO BBC Studioworks, said: “We’re thrilled to have been appointed as the operator of this new facility in Glasgow, providing much needed purpose-built studio space in Scotland and meeting growing industry demand to produce there.”

He added: “We will help grow the local workforce to deliver more local productions and support the continued development of sector-specific skills in Scotland.”

She stated: “BBC Studioworks will draw on their wealth of experience in the industry to develop Kelvin Hall as an important and attractive film and television location, continuing Glasgow’s rise in this sector.”

Scotland already has a film studio at Wardpark in Cumbernauld, where production of the Outlander show is based, as well as the FirstStage Studios in Leith, Edinburgh.

But Ms Aitken said the new facility at Kelvin Hall “will be a nationally significant production facility” that would help boost productions and jobs in Glasgow.

David Smith, director of screen at Screen Scotland, said: “It is almost two years since we first met with BBC Studioworks to discuss their ambitions for an entertainment-focused studio outwith London.

“We have worked with them, alongside the fantastic team at Glasgow City Council and the Scottish Government since early 2020 to land this opportunity for Scotland.

“We look forward to working with BBC Studioworks on training and skills development opportunities around the Kelvin Hall studio, and with the BBC’s commissioning team on all of the new programmes and series from Scotland that will be made in the decades to come.”