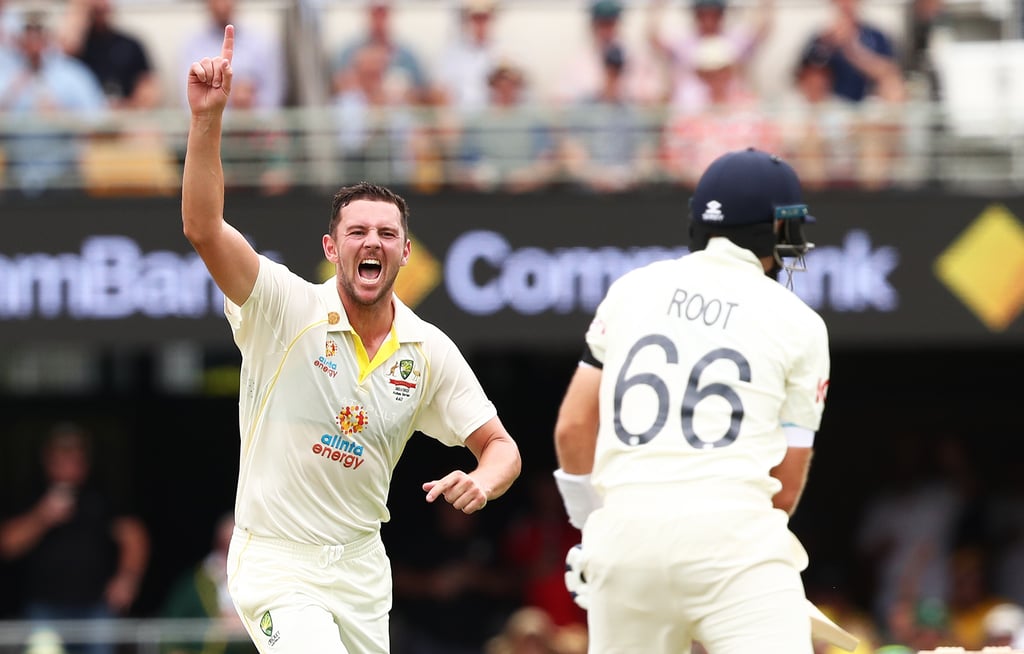 England began their Ashes tour in disarray at The Gabba, flopping to 147 all out after opener Rory Burns was dismissed by the first ball of the series to set the tone.

With grey skies overhead and green tinges underfoot captain Joe Root resisted the temptation to bowl first, a decision he will rue for some time after Australia’s relentless pace attack wiped the tourists out inside two sessions.

While Root will look back on his day in Brisbane with bitter regret, opposite number Pat Cummins enjoyed a charmed start to life as Australia skipper with figures of five for 38.

The long-awaited contest got under way at 10am local time – or midnight for the more committed |fans in the UK – and was only a few seconds old before it provided a moment that will go down in Ashes folklore next to Steve Harmison’s horror wide in 2006.

Left-arm quick Mitchell Starc detonated Burns’ leg stump with a swinging delivery before turning up the temperature with a vein-popping, eye-bulging celebration. For Burns, whose skittish footwork turned a decent delivery into a devilish one, it was calamitous.

Dawid Malan and Root followed in the first four overs, the in-form skipper for a morale-sapping duck, and when the returning Ben Stokes was picked off by Cummins the scoreboard read 29 for four.

Haseeb Hameed (25), Ollie Pope (35) and Jos Buttler (39) all threatened to steady the ship but the Australian attack continued producing the goods to keep a steady stream of departures. Cummins dealt ruthlessly with the tail, wrapping things up just before tea to leave England well short of a competitive score.