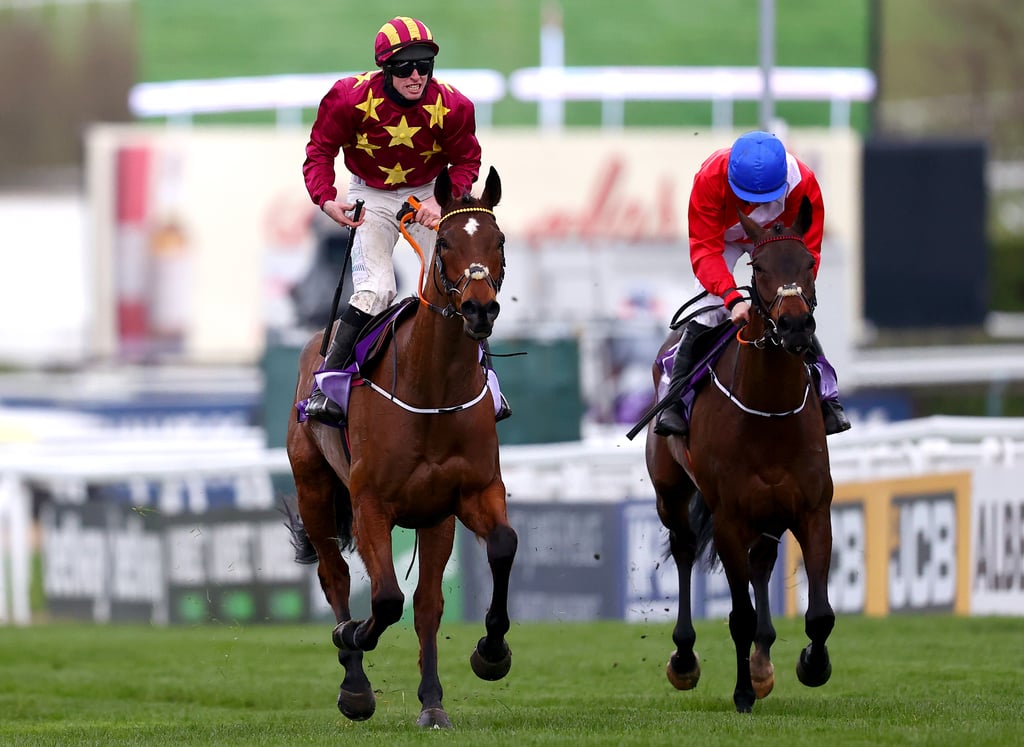 Minella Indo and A Plus Tard, last year’s first and second, top 30 entries for the Cheltenham Gold Cup – the highlight of the Festival meeting in March.

Trained by Henry de Bromhead, the duo were separated by just a length and a quarter in 2021, but it is A Plus Tard who is the ante-post favourite at this stage after winning the Betfair Chase before being narrowly denied in the Savills Chase at Leopardstown last week, while Minella Indo disappointed in the King George at Kempton.

Willie Mullins’ dual winner Al Boum Photo had to settle for third in his hat-trick bid last term, but he is in the mix to try to regain his crown after a triumphant seasonal debut at Tramore on New Year’s Day.

Savills Chase winner Galvin is Gordon Elliott’s leading hope at this stage, with the trainer making five initial entries including the mare Mount Ida, who was a Grade Three winner at Punchestown on New Year’s Day.

Dan Skelton’s Protektorat is the shortest-priced home-trainer contender at this point, with Nicky Henderson’s Long Walk Hurdle winner Champ and another King George flop, Chantry House, also among the possibles.

Leading novice Ahoy Senor is an eyecatching entry for Lucinda Russell having won at Newbury and found only Bravemansgame too good at Kempton over Christmas.

Fiddlerontheroof, Lostintranslation, Royale Pagaille and Aye Right are also on the list.

Shishkin and Energumene headline 22 contenders for the Betway Queen Mother Champion Chase, the feature race on the second day of the Festival, March 16.

The Nicky Henderson-trained Shishkin landed the Arkle at last year’s meeting before going on to further Grade One glory at Aintree, while he kept his unbeaten record over fences intact when making an impressive return in the Desert Orchid Chase over the Christmas period.

A late setback saw Energumene miss out on his Arkle date, but he gained compensation at the Punchestown Festival and is yet to be topped in five chase starts, most recently landing the Hilly Way at Cork last month.

He is one of three potential challengers for Mullins, along with Allaho and Chacun Pour Soi, who was only third in this race last year.

De Bromhead’s reigning champion Put The Kettle On is entered again, but she has been below her best so far this term, while runner-up Nube Negra could renew rivalries for the Skelton team.

Envoi Allen is another of four De Bromhead entries, along with Notebook and Captain Guinness, with Paul Nicholls’ Tingle Creek hero Greaneteen one of four entries for the champion trainer.

A number of contenders for the Gold Cup and Champion Chase also feature in the Ryanair Chase contenders, with the 36 including Allaho, A Plus Tard, Energumene, Tornado Flyer and Put The Kettle On amongst others.

Allaho won the race last year and he is the ante-post favourite, with last year’s second Fakir D’Oudairies entered by Joseph O’Brien and also prominent in the betting.

The Skelton-trained Shan Blue is in the mix while Midnight Shadow, Defi Du Seuil, Dashel Drasher and Janidil are other familiar names.