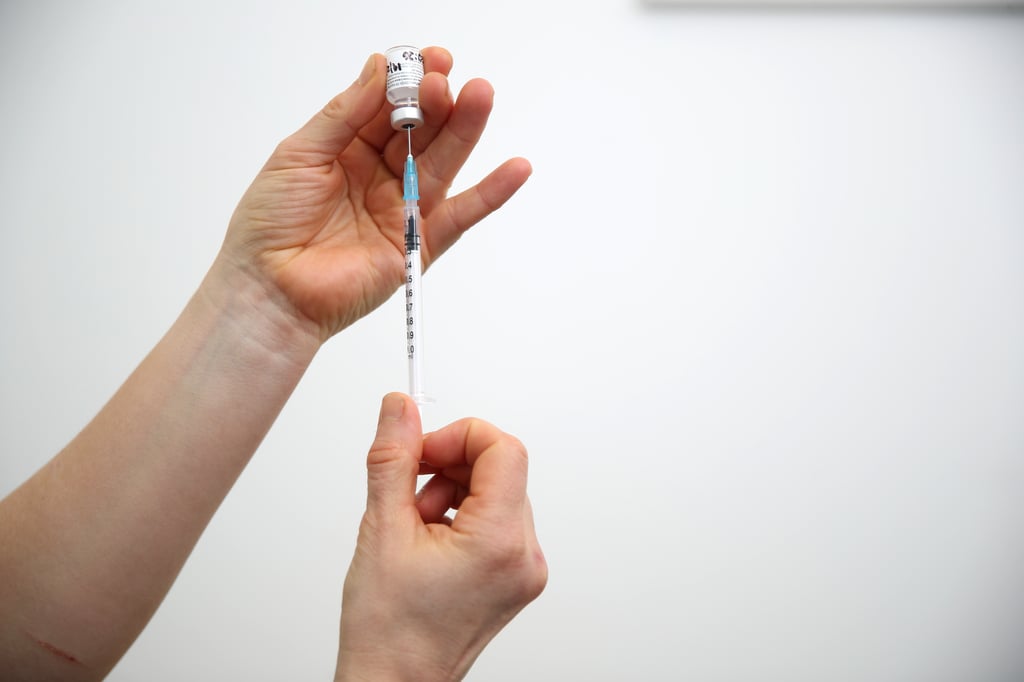 Covid-19 booster jabs will be available to millions more people in England this week as cases of the Omicron variant continue to rise.

The national booking system will open to everyone aged 30 to 39 from Monday so they can make appointments to get a booster three months on from their second Covid-19 jab.

The move comes amid concerns the UK is facing a major wave of infections in January.

New modelling suggests that under one scenario almost twice the number of coronavirus patients could be admitted to hospital compared with last year due to the impact of Omicron.

Experts from the London School of Hygiene & Tropical Medicine (LSHTM) calculated figures which say a large wave of infections could occur over the next few months if tougher measures are not brought in.

There are around 7.5 million people aged 30 to 39, and 3.5 million of those are eligible for boosters from Monday, NHS England said.

All eligible adults can book their booster jab two months (61 days) after their second dose using the NHS national booking system, getting their top-up in protection three months (91 days) on from their second dose.

Health and Social Care Secretary Sajid Javid said: “The Covid-19 booster programme is accelerating rapidly and more than 22 million people in the UK have already received their top-up, securing vital protection ahead of Christmas.

“This is our national mission – the most recent data shows boosters are the essential defence against Omicron and we are doing everything in our power to get jabs into arms as quickly as possible.

“We are now expanding the offer to over-30s, so please come forward as quickly as possible to get boosted and help our country get ahead in this race with the variant.”

Dr Emily Lawson, head of the NHS Covid-19 vaccination programme, said: “With the emergence of the new variant and the rising case numbers, there has never been a more important time to get boosted.

“So when it’s your turn, come forward and book in.”

On Friday, analysis by the UK Health Security Agency (UKHSA) found that the AstraZeneca and Pfizer vaccines provided “much lower” levels of protection against symptomatic infection with Omicron compared with Delta.

But the UKHSA said a booster dose gives around 70% to 75% protection against symptomatic infection with Omicron, as it urged people to have their boosters.

Figures released by the UKHSA on Saturday showed there have been an additional 633 confirmed cases of the Omicron variant reported across the UK, bringing the total to 1,898.

A breakdown of the data shows there have been a further 618 confirmed cases in England, 11 in Scotland, two in Wales and two in Northern Ireland.

The Labour Party said pop-up vaccination centres should be set up in supermarkets and shopping centres so people can get their third jab while on the high street doing Christmas shopping.

Shadow health secretary Wes Streeting is pressing the Government to “pull out all the stops” to meet the Prime Minister’s target of offering a booster jab to everyone over 18 by the end of January.

Mr Streeting’s team said that without an increased rate of vaccination, the target was likely to be missed by almost two weeks.

Meanwhile, Boris Johnson is facing what could prove to be the largest rebellion of his premiership, with more than 60 Conservative MPs said to be against the imposition of extra coronavirus measures.

The Prime Minister announced on Wednesday he would be triggering his winter Plan B protocols in a bid to buy the UK time in the fight against the Omicron variant.

Some Tories reacted with dismay, with tens of backbenchers pledging to vote down plans for vaccine passports to be made mandatory for large venues.

The Sunday Telegraph also reported that a number of Cabinet ministers could attempt to block any potential “Plan C” measures.

No 10 has maintained there are “no plans” to go further with measures in England, amid reports that proposals are being drawn up for a Plan C, featuring even tougher rules.