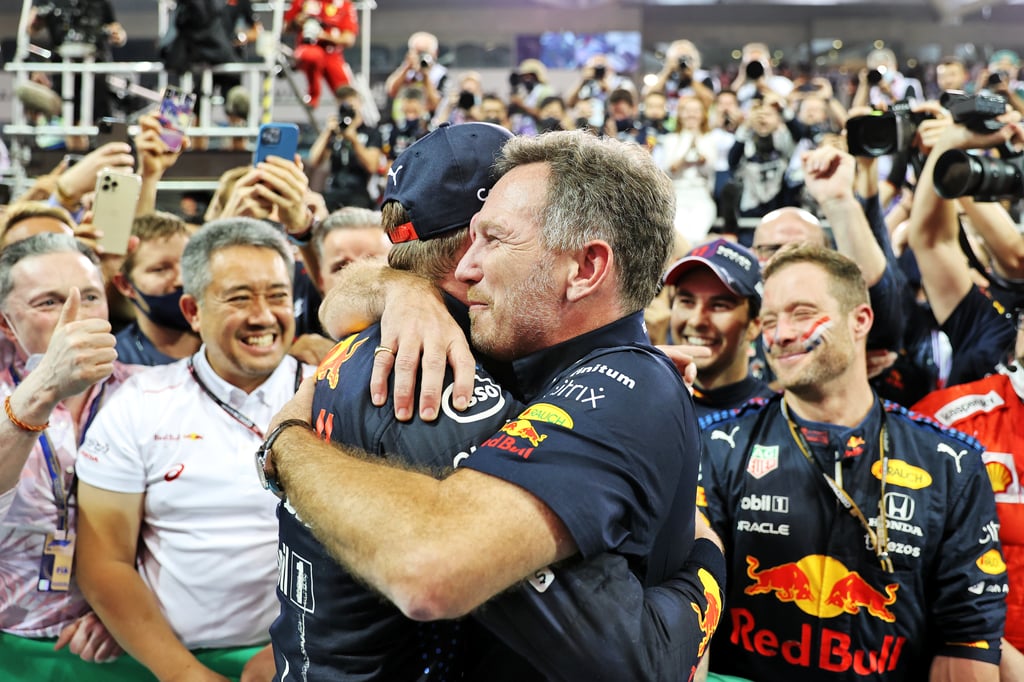 The Red Bull team principal revealed he had been “screaming” at race director Michael Masi to allow Verstappen a chance to overtake title rival Lewis Hamilton as the race at Yas Marina threatened to end behind a safety car.

With Hamilton halting a late charge from Verstappen by pumping in impressive lap times on used rubber, the field would be truncated as Latifi’s crash five laps from the flag brought out a safety car.

Verstappen dived into the pits for a set of faster, soft tyres, emerging with five lapped cars between himself and Hamilton.

Masi originally decided not to send the lapped cars through before changing his mind ahead of the restart, leaving Hamilton as a sitting duck to the flying Dutchman.

“He’ll be getting a lifetime supply of Red Bull for sure,” Horner said to Channel 4 when asked about Latifi.

“We needed something from the racing gods in the last 10 laps,” he added on Sky Sports.

“Thank you Nicholas Latifi for that safety car. I have to say with the stewards…they did great to get the race going again.

“We were screaming at him (Masi) ‘let them race’. It has been an insane competition and for Max to win the world championship – it is not just about here.

“I have to say all credit to Lewis, he has been a phenomenal opponent all year, he is a great champion and that is what makes it even more valid to win this.”