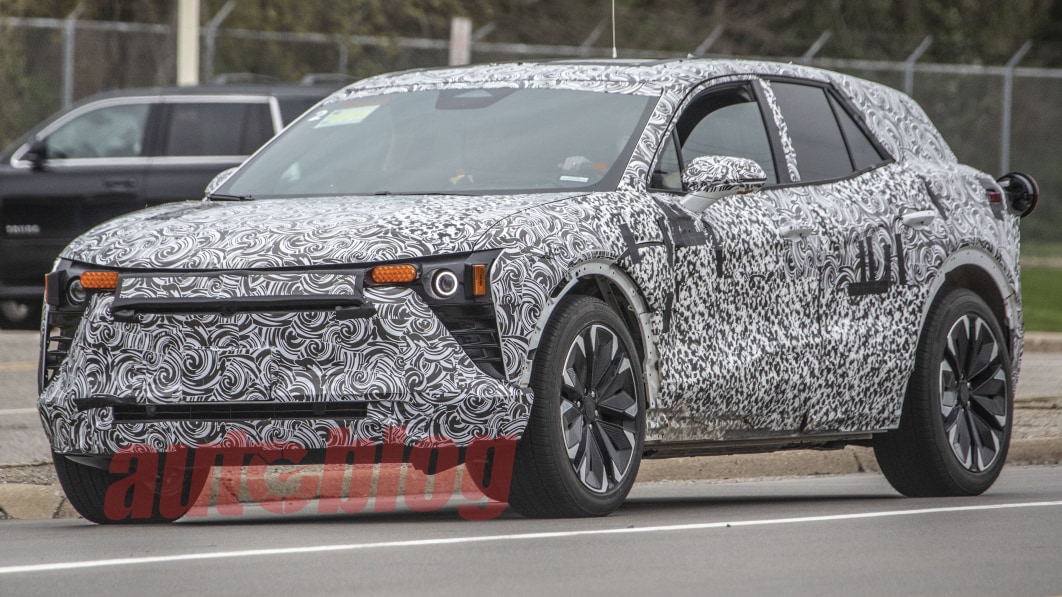 Chevrolet’s forthcoming Blazer SS electric SUV was spotted testing in the wild this week alongside a gasoline-powered Blazer and Volkswagen’s ID.4 EV, suggesting that GM is using the German compact as a benchmark for chassis tuning.

This prototype gives off some Hyundai Ioniq 5 vibes under its still-plentiful camouflage, but the lines are unmistakably Blazer, complete with the rippled rear haunches and extensive eyeliner around its headlights. Tape on the driver’s side front fender gives away the location of its charge port (no surprise there) and the mocked up rear lighting suggests we’re not looking at final sheet metal, at least not at that end of the car, anyway.

While the ID.4 is pleasant to drive, it’s not particularly quick by EV standards. Chevy is billing the Blazer SS electric as a performance-oriented BEV, so we’re fairly confident that GM’s interest in Volkswagen’s ID.4 ends at its ride and handling balance. The VW ID.4 can sprint to 60 in 5.7 seconds if you spring for the all-wheel-drive model, and while that’s a good clip for a mainstream gas-powered CUV, it’s mediocre at best for a current-generation electric model.

And speaking of benchmarking, we’re hoping GM stays far away from VW’s interior UX. This prototype has what appears to be at least an early version of Chevy’s intended production interior; why go to such lengths to cover it otherwise? What we’ve seen of GM’s other electric options so far is comforting; even the Bolt’s interior amenities are better executed than the ID.4’s. We can see some basic elements of its infotainment system (look, a knob!) wrapping behind an all-digital cluster. It also bears resemblances to the upcoming Silverado EV’s infotainment system.

Chevy says we’ll see the production Blazer SS EV before the end of the year.