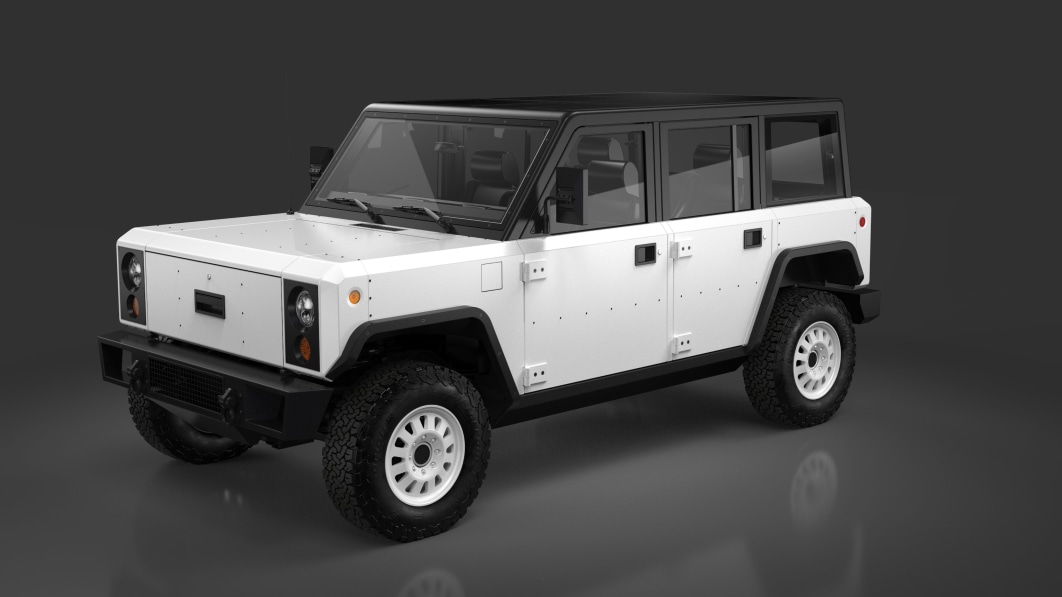 Electric vehicle startup Bollinger Motors has garnered the attention of EV fans and industry onlookers with its retro-looking, high-riding, off-road capable, all-electric B1 sport utility truck and B2 pickup. Bollinger got so far as to accept deposits for the vehicles, which were revealed as advanced prototypes in 2019 and in production-intent form late last year. Meanwhile, Bollinger was adapting the electric Class 3 chassis underpinning them for use in a variety of commercial vehicles, including delivery vans. Today, however, Bollinger has announced the “postponement to its consumer-truck production and delivery” — referring to the B1 and B2 — in order to focus on the commercial vehicle business.

As such, Bollinger will refund deposits placed by customers for reservations of the B1 and B2 electric trucks. In October 2019, pricing for the trucks was announced at a starting MSRP of $125,000.

Bollinger Motors CEO Robert Bollinger called the decision a “vitally important move for us because it enables us to continue our development of our technology and make a real impact in the green future of automotive.”

The announcement comes at a time when the electric commercial vehicle market — particularly delivery vans — is rapidly heating up. Rivian is expected to provide investor Amazon with a fleet of 100,000 electric delivery vans, while GM’s BrightDrop has received substantial orders from FedEx and Walmart. UPS plans to use Arrival’s electric trucks in the U.S. and Europe. There are many more electric delivery van and commercial plans in the works from a variety of vehicle manufacturers and logistics companies.

In addition to delivery vans, Bollinger has previously shared its visions of the E-Chassis serving as the foundation for a variety of vehicles, including those used by municipal fleets, emergency responders, the military and businesses.

Autoblog has seen firsthand the amount of work the Bollinger team has put into its mission. CEO Robert Bollinger acknowledged this effort and plans to build upon it in today’s announcement, saying, “You’ve watched us in the Catskills and Detroit as we engineered and built the trucks from the ground up — and tested them across America. We’re taking that knowledge and experience as we move into commercial development making innovative trucks for Classes 3 through 6.”

The B1 and B2 prototypes we saw in person were interesting and, frankly, exciting vehicles. These electric behemoths were built to be rugged off-roaders, with portal axles, 15 inches of ground clearance and a self-leveling, hydro-pneumatic suspension for an adjustable ride height. They boast a 120-kw battery pack and a dual-motor powertrain that delivers 614 horsepower and 688 pound-feet of torque, a 4.5-second 0-60 time, a 100-mph top speed and a 7,500-pound towing capacity.They incorporate other unique features like a pass-through frunk that allows cargo to span the entire length of the vehicles, as well as removable roof panels, and outlets drawing energy from the battery pack to power tools in the field.

We hope this postponement of Bollinger’s consumer car business is indeed just that.