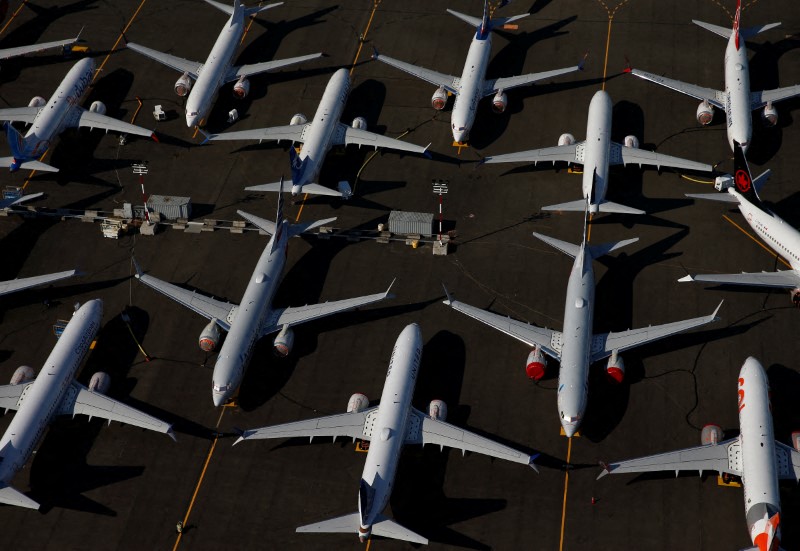 SEATTLE (Reuters) – Boeing (NYSE:) Co said on Tuesday that it handed over 34 airplanes to carriers in November, while adding 109 jets to its 737 MAX order tally.

The delivery tally – closely scrutinized by investors as deliveries generate much-needed cash during the coronavirus crisis – compares with 27 planes in October, and seven in the year ago period when Boeing was in the throes of the 737 MAX safety crises.

Again in November, Boeing failed to deliver its advanced carbon-composite 787 Dreamliner, which remains mired in inspections and retrofits likely to keep the jets sidelined until April 2022.

Of the 34 aircraft delivered last month, 28 were 737 MAXplanes – 10 of which were for European low-cost carrier Ryanair. Boeing also turned over one P-8 maritime patrol aircraft to Norway, Boeing said.

The remaining jets were larger widebodies: one 767 apiece for FedEx Corp (NYSE:) and United Parcel Service (NYSE:), one 747-8 for the Egyptian defense ministry, and two 767 tankers for the U.S. Air Force, Boeing said.

During the pandemic, many airlines have been forced to idle unused passenger jets, driving up demand for cargo space on dedicated freighters at a time when e-commerce has been a lifeline for many.

This year through November, Boeing has delivered 302 aircraft, more than twice the 118 aircraft it delivered in the first 11 months of 2020.

Boeing had 91 orders for aircraft in November, after cancellations and instances where a buyer converted an order for one type of aircraft to another.

It had 109 gross orders, all of which were for its 737 MAX jetliner, which returned to service in late 2020 after a near two-year safety ban.

That includes an order for 72 MAX jets from India’s Akasa Air, a deal valued at nearly $9 billion at list prices that could help the U.S. planemaker regain lost ground in one of the world’s most promising markets.

It also included an order for 30 737 MAX jets for Miami-based 777 Partners, which owns Canadian low-cost carrier Flair Airlines, and a previously undisclosed order for seven 737 MAXs for Southwest Airlines (NYSE:).

At the same time, buyers canceled orders for 18 737 MAX jets.

Gross orders for the year increased from 720 to 829, or from 373 to 457 after cancellations, conversions and stricter accounting standards were applied, Boeing said.