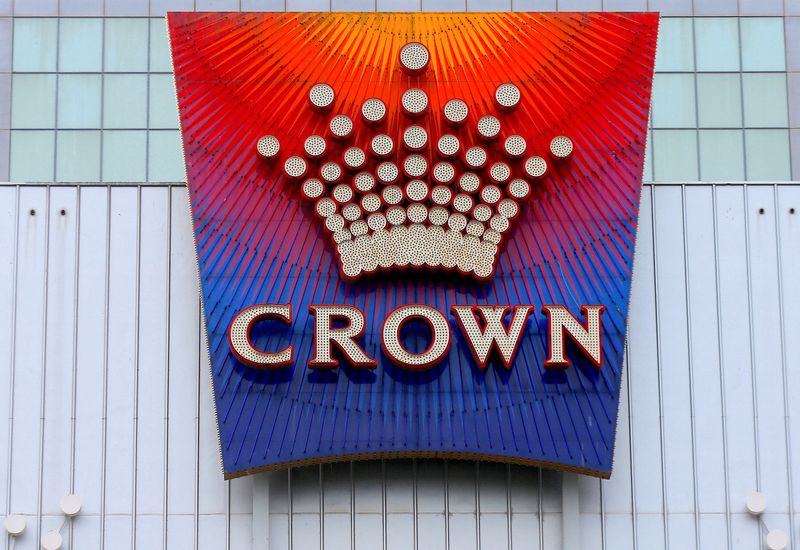 SYDNEY (Reuters) – Australian casino operator Crown Resorts Ltd on Monday said it aims to offer gambling at a new Sydney resort early in 2022, more than a year after it opened, as it works with a regulator to address governance failures.

The casino, part of a 75-floor tower complex which opened in December last year, had its licence suspended by the Independent Liquor and Gaming Authority (ILGA) just before opening in late 2020 following media reports of its alleged dealings with organised crime groups.

After an overhaul of its leadership and board, Crown is now “targeting a gaming floor opening early in the new year”, the company said in notes accompanying an analyst presentation at the A$2.2 billion ($1.6 billion) Sydney waterfront facility.

The New South Wales state Independent Liquor and Gaming Authority, which oversees Crown’s Sydney licence, said Crown had made good progress on a series of governance reforms and the two were “working towards a gaming floor opening early in the new year”.

A series of media reports in 2019 triggered bruising public inquiries which found Crown unfit to hold gambling licences in Sydney and Melbourne, and called for sweeping changes to its board and culture. A third inquiry, into Crown’s casino in Perth, is yet to deliver findings.

Crown said it had seen business at its sites pick up in recent weeks, especially over the weekends, as Australia relaxed COVID-19 curbs, but flagged annual corporate costs to be higher than last year at around A$130 million ($93.1 million).

“I firmly believe the business has turned the corner and it’s been significantly de-risked,” new CEO Steve McCann said at the briefing.

Crown recently rebuffed a buyout proposal from Blackstone Group (NYSE:) Inc but allowed it to conduct due diligence. McCann would not comment on talks with Blackstone but said Crown shareholders have “been through quite a lot” and “deserve to be appropriately rewarded”.

Crown shares were up 0.5% at A$11.51 in afternoon trading, in line with the broader market but below Blackstone’s indicative bid price of A$12.50.