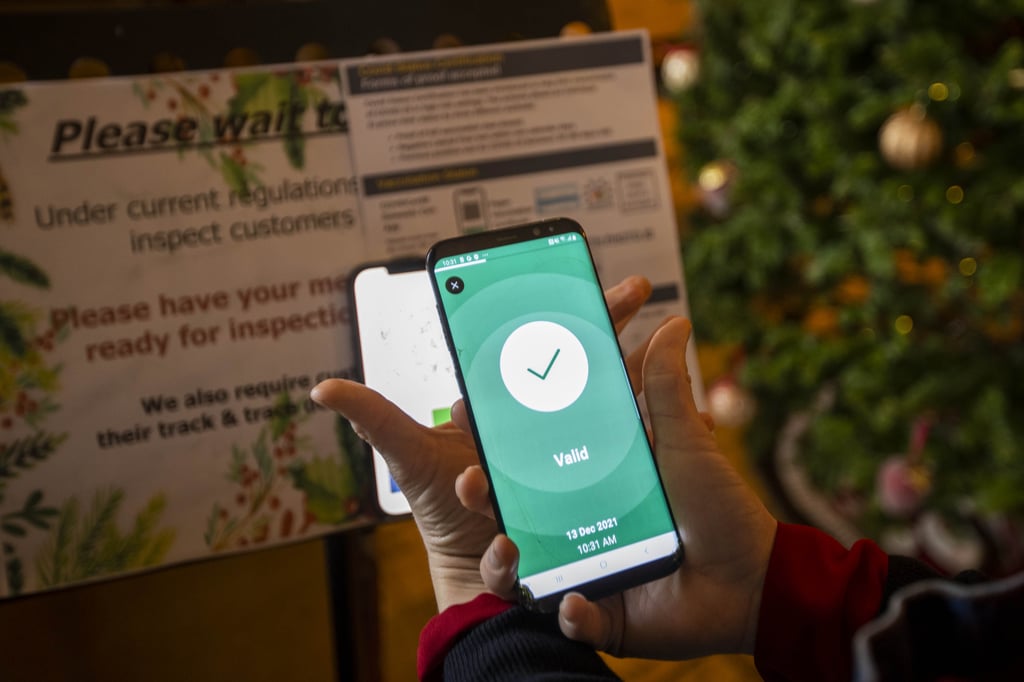 Stormont remained divided over mandatory Covid certification regulations as warnings were sounded about an expected surge of Omicron cases.

The Northern Ireland Assembly debated the regulations for several hours on Monday before the sitting was suspended at 9pm.

It is set to resume at a later date when Health Minister Robin Swann will wind up the debate and a vote will be taken.

Ms O’Neill said there were 10 confirmed cases of the new Covid-19 variant in Northern Ireland on Monday.

She also lashed out at the DUP, describing the party as “absolutely out of kilter with the rest of the Assembly who are behind the public health message”.

However his party has opposed Covid certification for entering some hospitality venues.

On Monday evening, MLAs debated the regulations in the Assembly chamber where Mr Swann urged united support for the scheme.

“A united front is what we need, with joined-up policies and united messaging. That has been sadly lacking at critical stages to date,” he told MLAs.

“It is my fervent hope that today marks a turning point, that, given the seriousness of our situation, that this House can debate this measure rationally and respectfully.”

However, DUP MLA Pam Cameron said her party will not back the Covid certification scheme.

There was a protest at Stormont earlier by those opposed to the scheme.

Former DUP economy minister Paul Frew, a vocal critic of mandatory certification, was among a number of party members who met with the protesters outside Parliament Buildings.

He suggested the scheme could be halted by way of legal challenge.

“There are going to be legal challenges, there is no doubt about that and that’s where it might be stopped,” he told demonstrators.

Speaking inside the Assembly chamber during Executive Office questions, Ms O’Neill called for parties to unite.

“If ever there was a time for a united front on the public health message, it’s today because we’re facing into a very, very difficult period in the weeks ahead where we see this new variant now coming on stream, we’re probably about two weeks behind what’s happening in England and Scotland and they are getting into very difficult territory,” she told MLAs.

“We are going to be overwhelmed with this new variant very, very soon.

“My priority is to keep businesses open and safe. I want to keep every door opened but to make sure it’s a safe space for people to enter.”

Ms O’Neill also said she had spent the weekend speaking to the Treasury, making the case “very strongly” for financial support for businesses.

“That’s where we would want to be if we could have the resource to be able to do that,” she added.

The vaccine booster programme in Northern Ireland is being accelerated in response to the threat posed by Omicron and has opened up to all over-30s.

Mr Givan said: “You need to make preparation for that because we can see what’s happening in London, where this new variant is now the dominant strain of new cases, that has increased rapidly over the past three to four weeks.

“Similarly in Scotland that is the case as well, and with the movements that take place across the Common Travel Area, we have already a number of small cases in Northern Ireland, but the expectation is the same trajectory that is happening in Great Britain is likely to occur here in Northern Ireland.”

He told BBC Radio Ulster: “That’s why we need to take the steps that we’ve been advocating in terms of the booster jab over the next number of days and that will help prepare our defences for what is going to be needed to meet the challenges that are coming.”

The scheme requiring people to prove Covid status to gain entry to a range of hospitality venues and large-attendance events was introduced late last month with a two-week grace period to allow businesses to adjust.

Patrons wishing to enter nightclubs, pubs, restaurants and other licensed premises will need proof of vaccination or a negative lateral flow test or evidence of a previous Covid-19 infection.

The same rules will apply for entry to large indoor and outdoor events, such as concerts and sporting events.

While the DUP opposed the scheme at the Stormont Executive last month – branding it a distraction that would have marginal effect in suppressing the transmission of Covid-19 – the coalition’s other four parties supported it.

The deaths of a further four patients who had previously tested positive for Covid-19 and another 1,431 cases of the virus were reported by the Department of Health on Monday.

On Monday morning there were 309 Covid positive patients in hospital, of whom 32 were in intensive care.