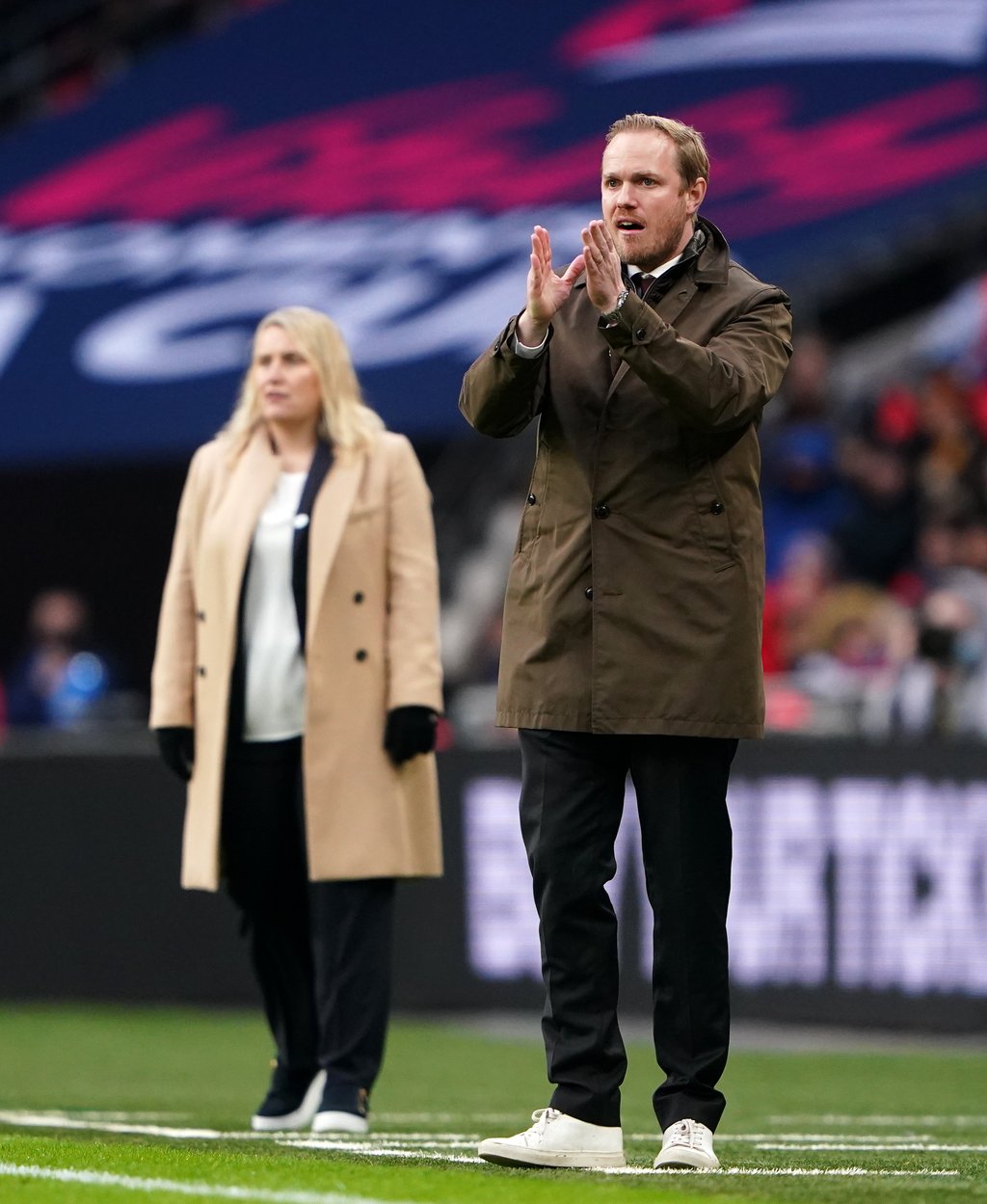 Arsenal survived a scare as they advanced into the Women’s Champions League quarter-finals despite being beaten 4-1 at Hoffenheim in their final Group C fixture.

The Gunners headed into the game knowing only defeat by five goals or more would prevent them from joining Barcelona, who had already won the pool, in the last eight.

They looked in danger of suffering such a loss after Hoffenheim scored three goals in quick succession in the second half to go 4-1 up with half an hour still to go.

However, the hosts were unable to add anything further as Jonas Eidevall’s Arsenal managed to hold onto second place.

Eidevall’s team started the contest brightly, with Vivianne Miedema heading off target and Beth Mead and Kim Little having shots saved by Martina Tufekovic, before Hoffenheim’s Jule Brand brought a near-post stop out of Lydia Williams.

After Miedema sent a strike just the wrong side of the post, the home side then grabbed the lead through 19-year-old Brand, who fired past Williams following good work by Gia Corley.

Tufekovic did well to deny Little in the 36th minute, and Arsenal were then level two minutes later when the goalkeeper parried Mead’s shot and the ball went in off Laura Wienroither for an own goal as she tried to thwart Mana Iwabuchi’s attempt to follow up.

Hoffenheim hit back in emphatic fashion after the break as Chantal Hagel took advantage of sloppy Arsenal play by sending finishes beyond Williams in the 55th and 57th minutes, and Corley then added a header before the hour mark.

Eidevall responded by bringing on Nikita Parris and Jodan Nobbs for Mead and Iwabuchi, before Brand tried her luck again without success.

Miedema had a shot dealt with by Tufekovic and then headed over as Arsenal failed to make the situation less nervy.

Hoffenheim won a free-kick in a dangerous position in the 89th minute which Petra Kocsan saw saved, and after Tufekovic then made saves to deny Miedema and Nobbs, the final whistle confirmed Arsenal had made it through.