While Ford and GM each had the resources to develop their own Michigan-designed subcompacts for the dawn of the 1970s— the Pinto and Vega, respectively— Chrysler couldn’t afford the huge price tag for such a project. Instead, Chrysler’s European operations were tapped for a couple of models that sold well enough on the other side of the Atlantic, giving us the Plymouth Cricket (known as the Hillman Avenger in the UK) and the Simca 1204 (aka the Simca 1100 in France). American car shoppers gave those two models the cold shoulder, but then Chrysler found genuine sales success by making a deal with Mitsubishi to sell the Colt Galant with left-hand drive. This became the Dodge Colt, with sales beginning in the 1971 model year. Though the 1971-1978 rear-wheel-drive Colts were once as commonplace as Corollas or B210s on American roads, they have all but disappeared today. That makes today’s Junkyard Find, discovered in a Denver-area yard last week, particularly interesting. 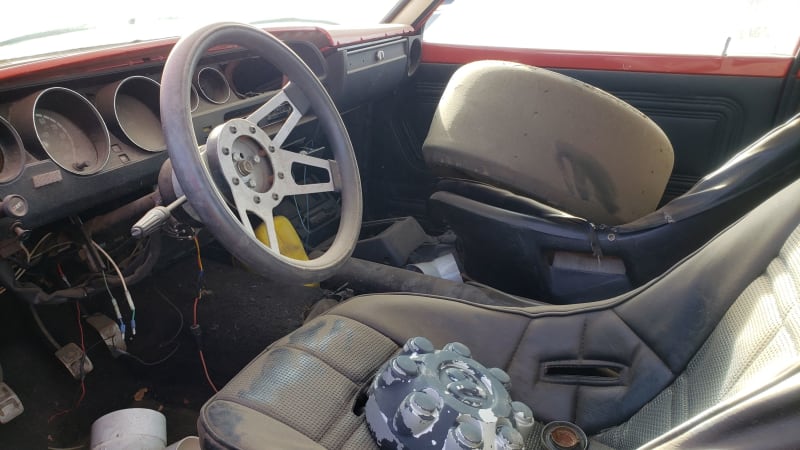 This car shows signs of having been in the hands of a speed-crazed enthusiast owner, including an aftermarket steering wheel and one-piece racing seats with slots for five-point harnesses. The primer-gray paint is another clue. 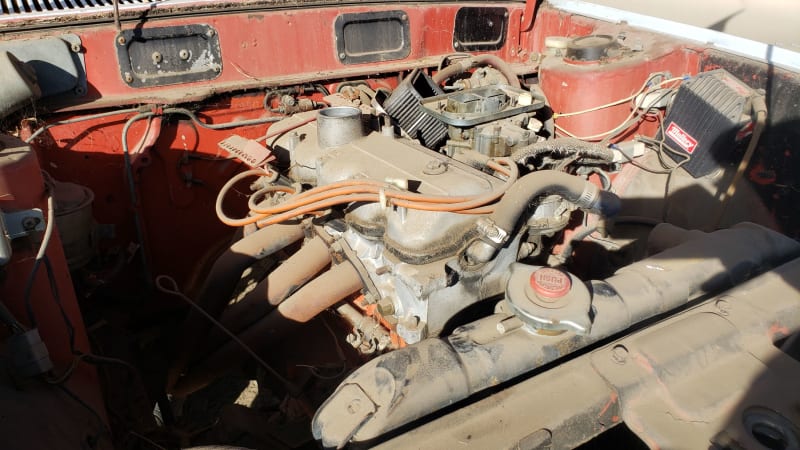 The rear-wheel-drive Colts were reasonably quick for their time, and they could be made genuinely quick with basic engine upgrades. This Mitsubishi Saturn four-banger has a tube header, hot-rod ignition system, and a two-barrel (Mikuni-made) Solex carburetor. We can assume there’s probably some kind of cam upgrade under the valve cover, too. 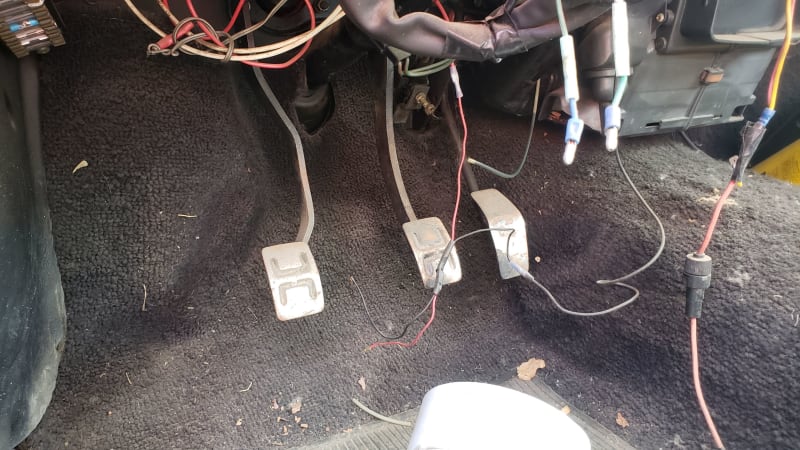 The shifter is gone, but the original transmission in this car was either the base four-speed or optional five-speed manual. A three-speed automatic was available for $270 (about $1,275 today). Later on, front-wheel-drive Colts (and Mitsubishi Mirages) could be bought with the Twin-Stick overdrive rig, which gave drivers eight forward speeds and the opportunity to make Twin-Stick beer taps. 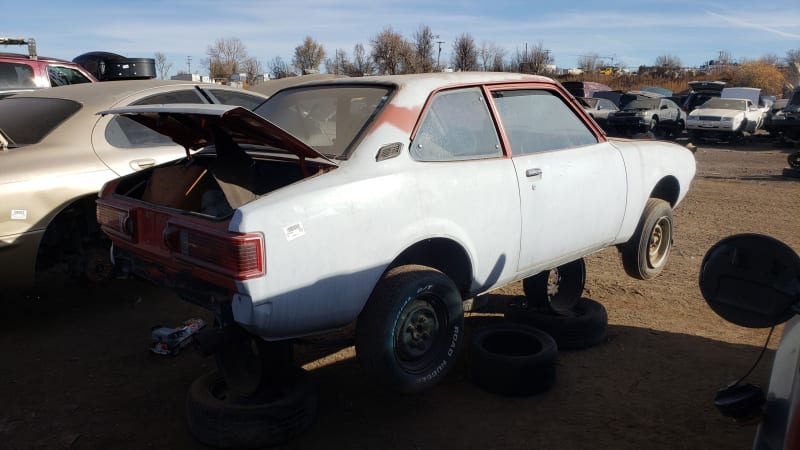 The 1977-1978 Dodge Colt two- and four-door sedans were based on the Mitsubishi Lancer and were a bit smaller than the 1971-1977 cars, while the wagon version moved to the Galant Sigma platform. 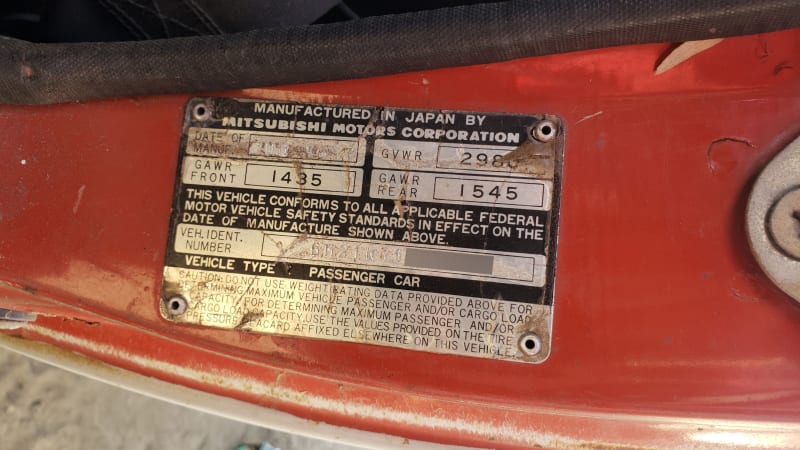 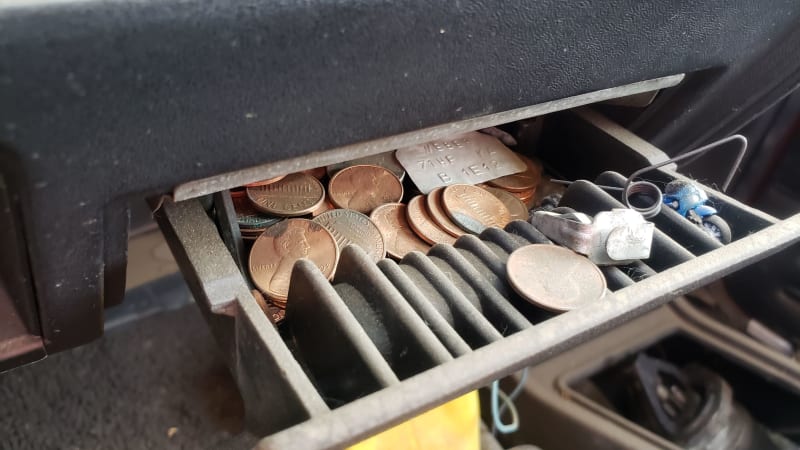 The ashtray was full of change, which means I was one of the first customers to get to this car after yard employees placed it in the rows. 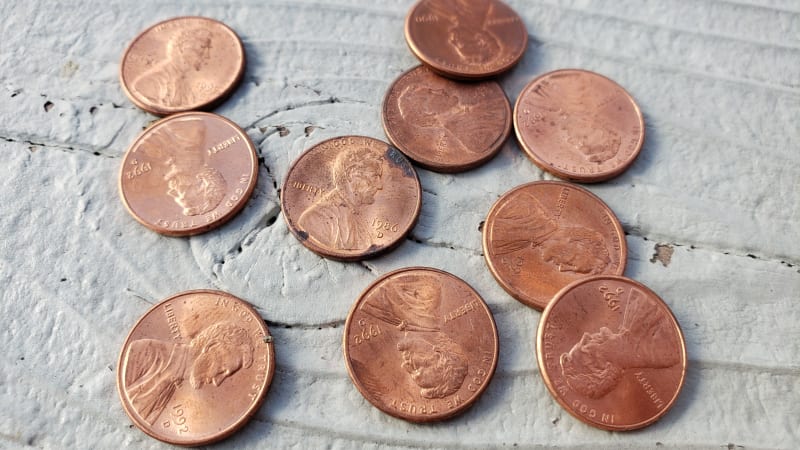 I extracted a handful of pennies and found that the newest ones were minted in 1992 and still nice and shiny. That tells us that this car almost certainly got parked nearly 30 years ago, when it was only about 15 years old. 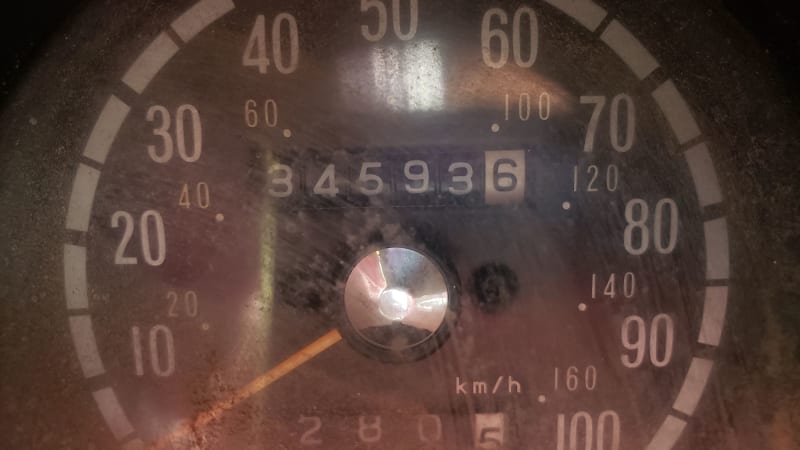 It seems unlikely that a car would rack up just 34,593 miles during 15 years on the road, so I think this Colt had 134,493 miles when it finished its career. I suspect this car may have come from the collection of the late Bill Good, a Denver inventor and Colt racer who passed away a few years back. A friend of mine ended up with a couple dozen of his Colts, but managed to find good homes for just a handful and had to scrap the rest. 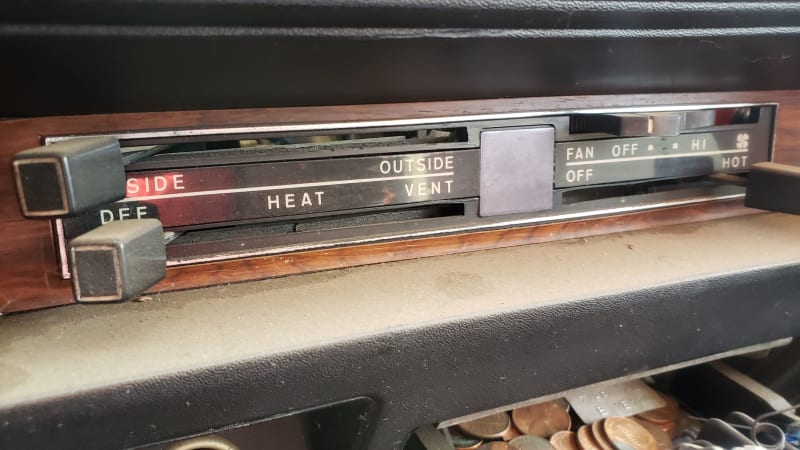 For the 1979 model year, the Colt (and its Plymouth Champ sibling) went to the front-wheel-drive Mitsubishi Mirage platform and never looked back… until the Neon replaced it in 1995. Mitsubishi began selling its vehicles under its own badging here starting with the 1983 model year, which meant that the Dodge and Plymouth Colts had to compete with nearly-identical Mirages for more than a decade.

Mr. D (Datsun) and Mr. T (Toyota) seem unable to recognize Mr. M’s Dodge, which would be instantly recognizable as a Mitsubishi anywhere in Japan.